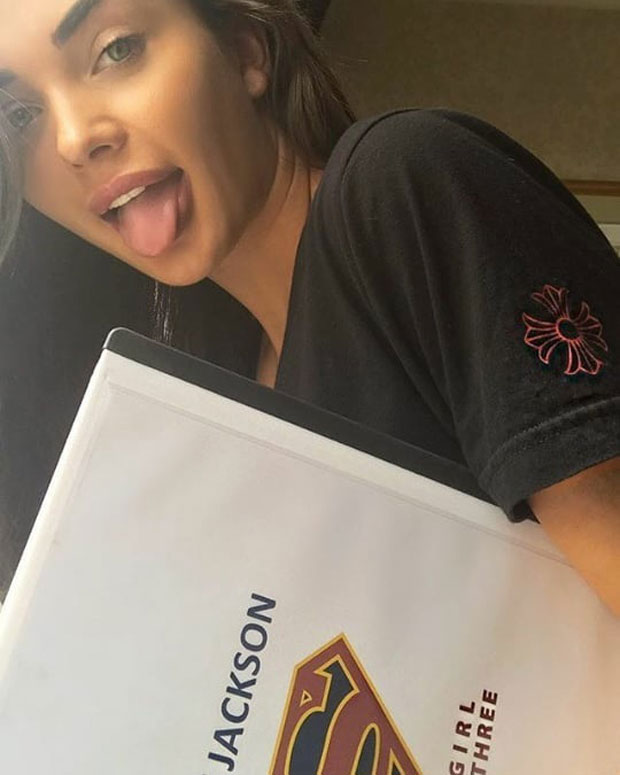 A month ago, we had reported that Amy Jackson was going to make her Bollywood debut with CW's sci-fi series, Supergirl. The actress would be starring as Saturn Girl in Melissa Benoist starrer.

This past weekend, Amy Jackson announced that she has wrapped up her part in Rajinikanth- Akshay Kumar starrer 2.0 and reached Canada to shoot for Supergirl. "And that's a wrap for 2.0. The past two-and-a-half years have been an absolute roller coaster... But the outcome will knock ya socks off," Amy tweeted on Sunday.

Now, Amy Jackson has begun shooting in Vancouver, Canada where the shooting of the Supergirl season 3. We came across a picture of Amy goofing with the script of Supergirl as she started prepping for her shoot.

In the comics, Saturn Girl is one of the founding members of the Legion of Super-Heroes in the 31st century. She was also the first female character to lead a super-team in comic book history. The third season of Supergirl has already begun and Amy will appear soon on the show.

On the film front, Amy Jackson will be next seen in 2.0, the sequel to Robot starring Rajinikanth and Akshay Kumar which will release next year.