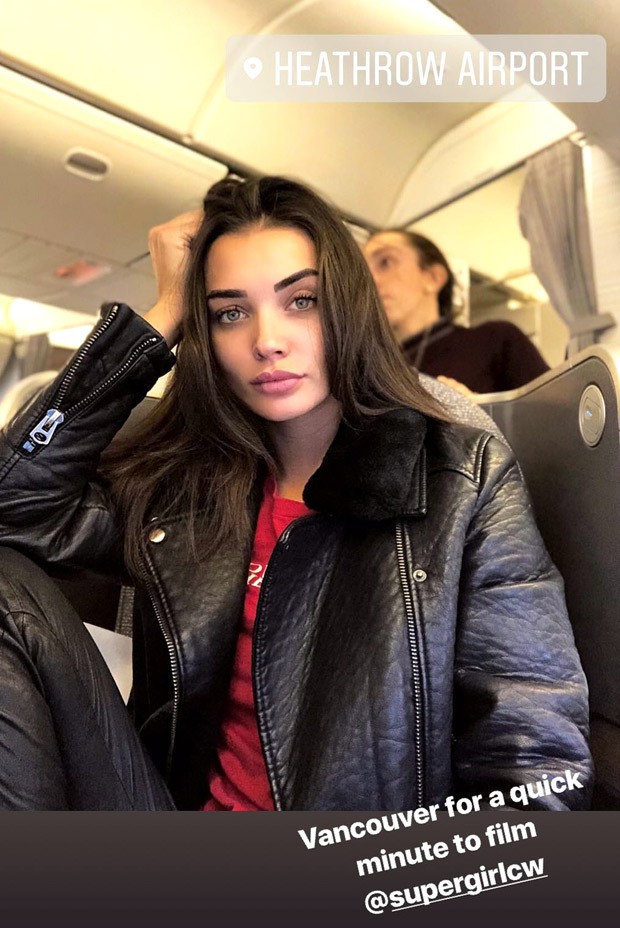 In September 2017, it was announced that Bollywood actress Amy Jackson was going to make her Hollywood debut with CW’s sci-fi series, Supergirl. The actress made her first appearance in November 20th episode as Imra Ardeen in Melissa Benoist superhero TV series.

On Tuesday, January 2, Amy Jackson boarded a flight from Heathrow to head to Vancouver. She was seen dressed casually as she took a selfie before reaching her destination. She captioned it, “Vancouver for a quick minute to film @supergirlcw.” As the holidays have come to an end, the actress is all set to resume shooting for Supergirl as the Imra Ardeen, character Mon- El's wife.

In the comics, Imra Ardeen, aka Saturn Girl, is a member of the Legion of Super-Heroes alongside Mon-El in the DC Comics. According to the official character description by CW, Saturn Girl uses her telekinetic ability to help those in need. She was born on Titan, one of Saturn’s moons, and arrives on Earth to help Supergirl battle one of her biggest threats. She was also the first female character to lead a super-team in comic book history.

On the film front, Amy Jackson will be next seen in 2.0, the sequel to Robot starring Rajinikanth and Akshay Kumar which set to release later this year.