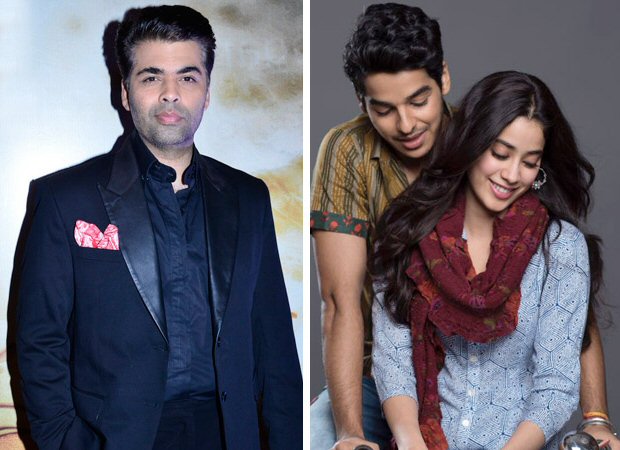 The year 2012 saw the year of three newcomers- Alia Bhatt, Varun Dhawan and Sidharth Malhotra. Karan Johar gave these three newbies a chance in his directorial, Student of the Year. Now, once again he is giving two upcoming stars an opportunity via his production.

In the month of November 2017, filmmaker Karan Johar announced that he will be presenting two budding stars, Janhvi Kapoor and Ishaan Khatter in Dharma Productions’ upcoming film, Dhadak. The film is a Hindi remake of Marathi blockbuster Sairat and the filming began in the first week of December and the first schedule is already completed.

Ishaan Khatter, brother of Shahid Kapoor and Janhvi Kapoor, daughter of Sridevi and Boney Kapoor are all set to be the new entrants in the tinsel town. Welcoming them with open arms, Karan Johar penned a beautiful note for the newbies. On his show Calling Karan on 104.8 Ishq FM on Monday, read a statement, he said, "It's a new year which means new beginnings and time for new relationship goals... Dear Janhvi and Ishaan, you are going to embark on a new journey of stardom this year. You will face many firsts in 2018 from promotion to paparazzi to link-ups and trolling to fame and failures. You are going to see it all. Through all of this, I just want to remind you to not take yourself too seriously and absorb every new experience because these initial days will never come back again. Janhvi, Ishaan your best qualities are that you all are still students."

Karan further added, "That you both really stand by your beliefs and the fact that you really don't take yourself as seriously as I sometimes think you should. I love the fact that you are still vulnerable and innocent, please hold onto that."

Jahnvi Kapoor will be making her debut with Dhadak. Ishaan Khatter has already starred in Majid Majidi’s film Beyond The Clouds. Directed by Shashank Khaitan and co-produced by Zee Studios and Dharma Productions, Dhadak is set to release on July 6, 2018.