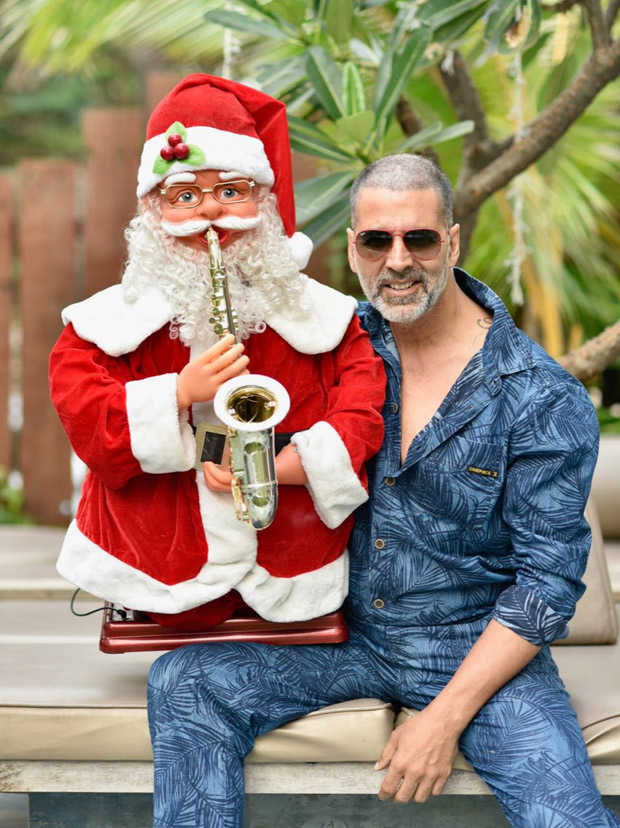 Akshay Kumar is, perhaps, one of the busiest actors in Bollywood. With many projects in the pipeline next year, he is ready to ring in 2018 in style. The actor recently wrapped up his film Gold and is already gearing up for the release of Padman next month. With a very hectic working year, the actor deserves a good break.

And the first thing Akshay Kumar has done is changed his look. The actor flaunted his buzz cut look and is all set for the holiday season. He has completed three films this year Padman, 2.0, and Gold. Now, he is on a month break till New Year. So, he decided to get a buzz cut. With a Santa doll in his hand, Akshay was seen smiling in the picture.

It has also been reported that Akshay Kumar will be heading to Cape Town, South Africa with wife Twinkle Khanna and kids Aarav and Nitara from December 22 to January 3.

Akshay Kumar will soon return to India and begin the promotions of R Balki's Padman. The film stars Radhika Apte and Sonam Kapoor. It is slated to release on January 26, 2018.