The last time we saw Anushka Sharma on the big screen was in Aanand L. Rai’s 2018 film Zero which also featured Shah Rukh Khan and Katrina Kaif. Since then, Anushka has been absent from films, but despite taking a break the actress has been busy working on her comeback film Chakda Xpress. Based on the life of Indian cricketer Jhulan Goswami, the sports biopic will feature Anushka playing the role of a cricketer. In fact, Anushka has been regularly sharing updates on the film, and the rigorous training she has been undergoing for the same. Now, the actress took to social media sharing an image announcing the schedule wrap of the venture. 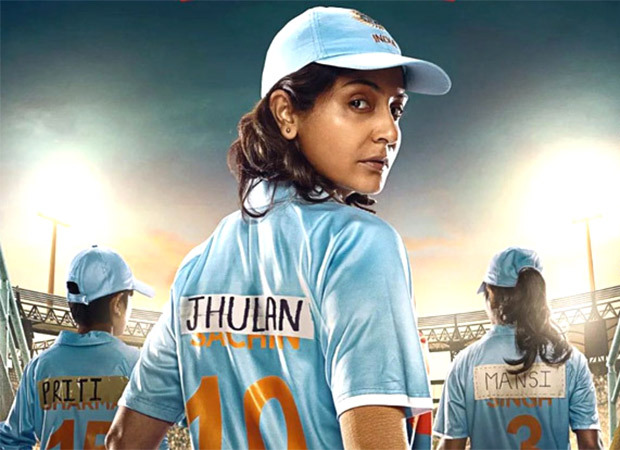 As per the post, Anushka Sharma has wrapped the first schedule of Chakda Xpress. Sharing an image announcing the same in a true blue cricketer style, Anushka posted an image of a cricket ball that read, ‘It’s a schedule wrap’. Along with the image she posted, “SCHEDULE ONE DONE. More to follow.. ???? ???? #ChakdaXpress @jhulangoswami @prositroy @kans26 @netflix_in @officialcsfilms”.

Interestingly, the film Chakda Xpress will see Anushka playing the role of a cricketer for the first time onscreen. Previously talking about the film, the actress had commented on how women have to go that extra mile to earn their place in this patriarchal world. Further talking about Jhulan Goswami’s life the actress stated that it was testimony to the fact that she carved her own destiny, and fought for every inch of the spotlight and recognition.

As for Chakda Xpress, produced by Anushka’s brother, Karnesh Ssharma, and directed by Prosit Roy the film is expected to premiere on Netflix next year.