Priyanka Chopra is undoubtedly the queen of the red carpets. The actress always likes to make bold statements and is definitely open to experimenting with her fashion. This year, the actress made her debut at the 72nd Cannes Film Festival while representing the brand, Chopard. She brought the old Hollywood glamour in a Robert Cavalli strapless gown. The sparkly outfit had thigh-high slit with a trail. Now, moving onto the Day 2, the actress was joined by her popstar husband Nick Jonas. 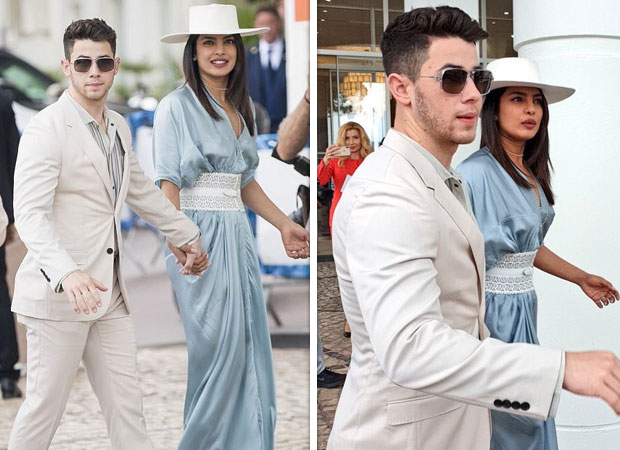 Priyanka Chopra, this afternoon, was accompanied by Nick Jonas at the French Rivera for an outing. The actress looked beautiful in an ice blue gown clinched with a corset lace belt at the waist giving us Grace Kelly vibes. She completed the look with dark lips and a white hat. Nick Jonas, on the other hand, looked dapper in a cream tailored suit with white sneakers.

On the work front, Priyanka Chopra will be next seen in The Sky Is Pink. Directed by Shonali Bose, the film will star Farhan Akhtar and Zaira Wasim.