Sonam Kapoor married longtime boyfriend Anand Ahuja as her Hindi traditions on May 8 amid much hullabaloo. While the wedding was a private affair with close family and friends, the reception was a grand affair in the presence of A-list celebrities. But, the newlyweds have no time for the honeymoon. It's work mode for Sonam Kapoor as she headed to Cannes Film Festival 2018 with her hubby Anand this past weekend. 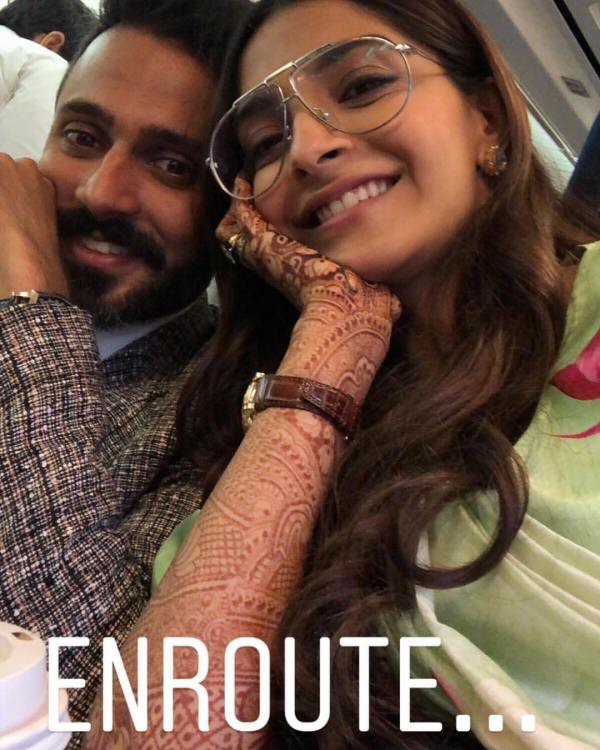 Sonam Kapoor and Anand Ahuja took off to Cannes on Saturday night and shared several stories on their Instagram. She wore a green saree with framed glasses and a watch whereas Anand wore a shirt, jacket and denims as they walked hand in hand at the airport. The newlyweds looked extremely happy for their first trip together.

Before leaving for the French Rivera, the newly-weds shared a photograph of them being cozy and gazing into each other's eyes lovingly. It was shared by Anand Ahuja on his Instagram story. Sonam looked every bit of new bride in a lilac saree whereas Anand donned a navy blue suit. 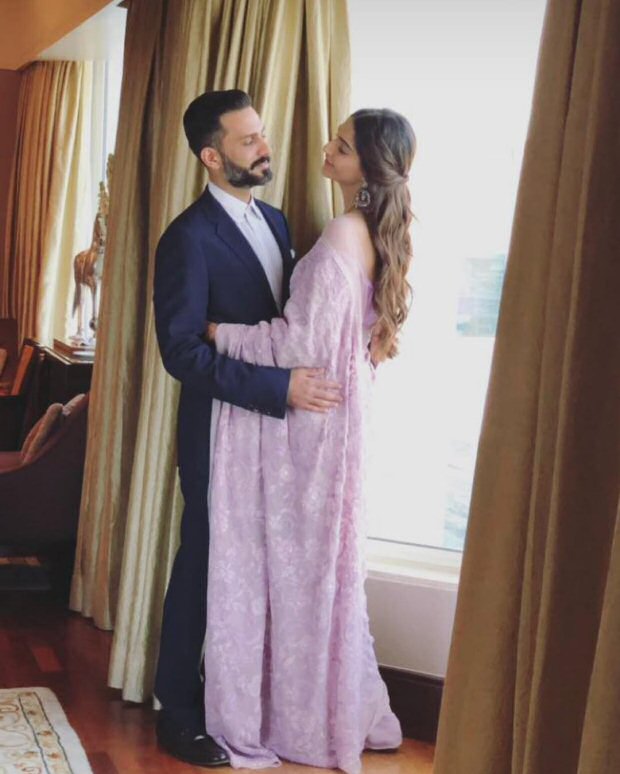 This year, Sonam Kapoor will be making her first Cannes appearance of 2018 on May 14. Reportedly, Anand might join her at the red carpet or for the special screening. This is also the very first time Sonam is attending the even without her sister Rhea Kapoor.

Also Read: Sonam Kapoor can’t wait for Aishwarya Rai Bachchan to KILL IT at the red carpet, welcomes her on Instagram