The popularity of South Korean group BTS is phenomenal! From becoming the world's most popular group to giving a speech at the United Nations to record-breaking album sales and sold tour stadium tours, they have achieved a lot of success. The group boasts a large fan following called ARMY. Recently, BTS member V topped the Idol Gif Awards on China's social media platform, Weibo. 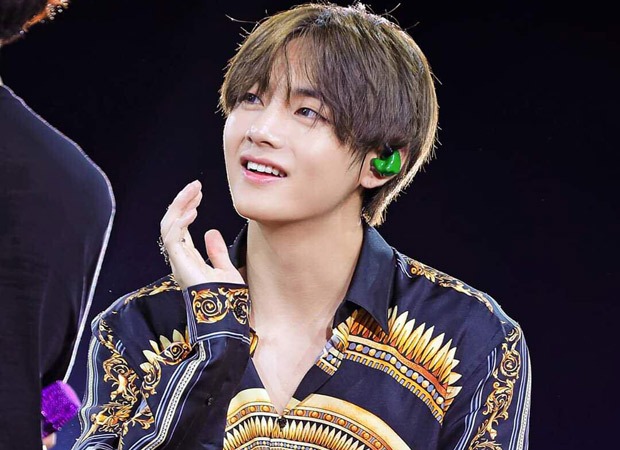 V, real name Kim Taehyung, surpassed many big names with a combined score of 123,000 points proving his immense popularity in China. The contest was held between April 26 to May 29. Not only that, his fanpage became the first one to cross 1 million followers on Weibo.

Kpop idols' GIFs for about a month, starting from April 26th until May 29th under themes like heartwarming expressions, beautiful faces and stage performance photos. Also, not long ago, his fanpage became the first fanpage on Weibo to surpass 1M followers.
2/2
✨Like & Recommend

Recently, BTS singer V was chosen as the most handsome man of 2020 beating the likes of Robert Pattinson, Chris Evans, Zayn Malik and Bollywood actor Hrithik Roshan. Not just that, Korean media has termed him as K-pop’s representative visual who not only recognized for his visuals but also for his incredible music.

BTS, who won the Hall of Fame in the 1st place / 3rd consecutive year in Asia’s top attractive men by 2020. ⠀ V is the first winner in 2018 and 2019, ranking first for the third time in a row, and is no longer selected as a candidate after being on the Hall of Fame. This is an honor given only to the best attractive men who do not have to compete through the candidates. ⠀ This year’s 14th year, voting started with Won Bin in 2006, and candidates of this year were selected singers, models, actors, and sports stars from all over Asia, including Korea, Japan, China, and the Philippines. It is a prestigious vote that ranks the most attractive. ⠀ The official name is ‘100 Asian Heartthrobs of 2019’, which means that 100 attractive Asian attractive men will be selected to make their hearts pound. In this poll, V won the top spot in Asia for the third consecutive year, following 2018 and 2019, with a to number of votes totaling more than 7.18 million. ⠀ Earlier, V was selected by the American film site TC Candler as ‘2017’s Most Handsome Face # 1′, Starmometer ‘2018, 2019 Asia’s Most Attractive Man’, Bulgarian Women’s Site Dama.bg ‘The Most Beautiful Man in the Earth’,’ Famous STAR 101 ‘,’ 2018 world’s most handsome man’ranked 1st, global entertainment site’ Most Handsome Men 2018 #1′, global media bright side selected’ 2018 world’s most attractive’. He won 1st place in numerous handsome votes such as ‘No.1 man’, and he has 15 handsome titles. ⠀ V has a mysterious appearance that blends the beauty of the East and West, and the Japanese magazine ‘CREA’ expresses ” fascinated and defenseless boyhood,” while the international media Nación REX is praised as “heavenly beauty.”Also, the American college newspaper ‘Daily Nebraska’ recently became a hot topic in the article “Who is the sexiest man in existence?” ⠀ V, which is called K-pop’s representative visual, is recognized not only for his handsome face, but also for his amazing music and emotion as a singer-songwriter through his own song, ‘Sweet Night’, which was released as the OST for the recent drama ‘Itaewon Class’. Being loved as a perfect star with everything. #방탄소년단 #BTS #AsianHeartthrobof2020

V broke a huge record. He surpassed the widely popular PSY’s ‘Gangnam Style’ record by attainting 88 No. 1s on iTunes worldwide. Back in 2012, PSY became the first Korean solo artist to ever top the iTunes chart. V has now beaten the eight-year record with ‘Sweet Night’, OST for Korean drama Itaewon Class. He becomes the first Korean solo artist to have 88 No.1s on the iTunes chart.

Meanwhile, BTS members are currently working on their next album after the stupendous success of ‘Map Of The Soul: 7’. They are set to drop their Japanese album in July.