Widely popular group BTS are excelling in their stupendous career. Known to have a massive fan following, their social media presence is very strong and every other post on Twitter reaches 1 million likes in just a few hours. Now, BTS member V has broken major Twitter records with his latest selfies. 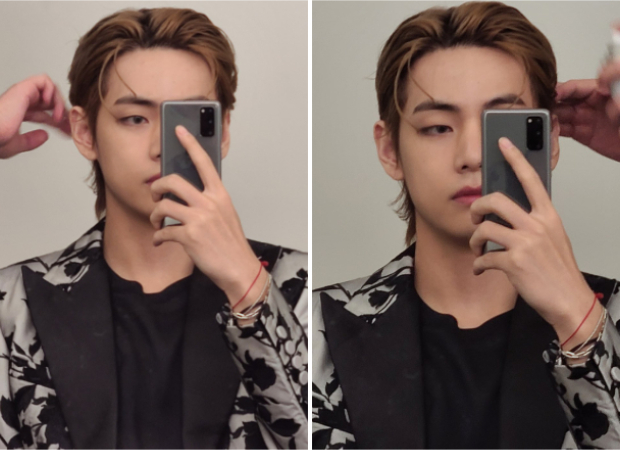 Earlier this week, V, real name Kim Taehyung, took to Twitter to share two mirror selfies whilst seated on a chair getting his hair and makeup done for a shoot.

Flaunting his new brown hair colour and looking absolutely breathtaking, V broke the record for 'the fastest tweet of an Artist' to reach 2 million likes in just 9 hours and 52 minutes.' He was trending on Twitter worldwide in 40 countries for his new pictures and well, those photos were swoon-worthy.

.@BTS_twt Taehyung broke the record for the fastest tweet of an Artist to reach 2 MILLION likes! (9 hours and 52 minutes) pic.twitter.com/m6CjYvS6Z2

The tweet surpassed 1 million retweets in just 23 hours & 9 Minutes that him the first artist in Twitter history to achieve this milestone.

The said tweet has also become the 3rd fastest tweet to reach the milestone of 1 million. The first position is held by Harry Styles followed by BTS in the second spot, V in third, J-Hope on fourth, and Jimin in the fifth place.

Adding to that, his individual promotional picture for their upcoming single 'Dynamite' surpassed 5 million likes on Instagram making him the first Korean Male Artist to achieve this milestone in just 48 hours.

On the work front, BTS released three teaser images along with a music video teaser for their upcoming single 'DYNAMITE'. The teaser seems to be an ode to different eras of popular music. The official music video will release on August 21 at 1 pm KST (9:30 am IST) and the second one will drop on August 25 at 12 am KST (August 24 - 8:30 pm IST).