You know that BTS comeback means a lot of new content to witness. As the widely popular band is approaching the date to release their upcoming single, ahead of the release, GQ Japan dropped the magazine cover featuring the seven members in the upcoming issue. 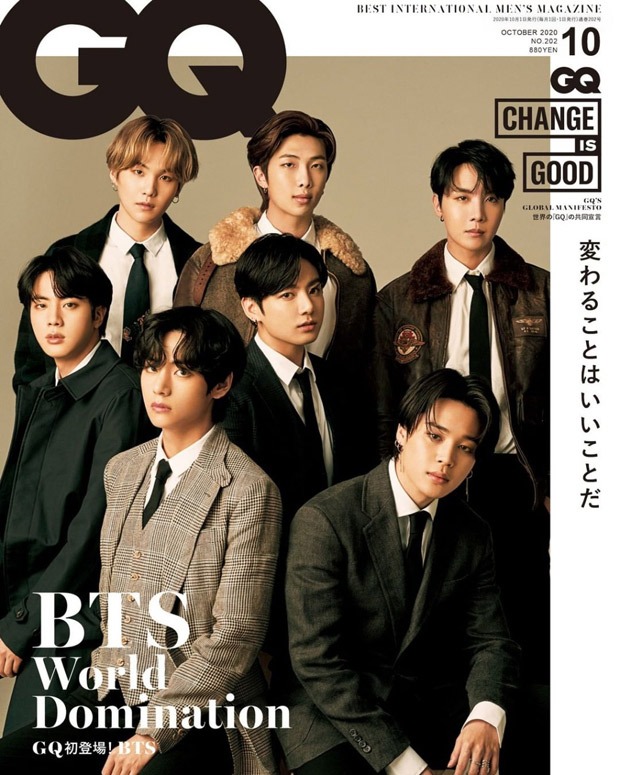 The septet - RM, Jin, Suga, J-Hope, Jimin, and V - feature in the elaborate cover story that will be released in October. The boys will talk about their growth in the music industry, past - present, and hopes for the future in the 12-page story.

Dressed in classic Polo Ralph Lauren Fall 2020 Menswear collection, the members of the popular boyband continue to showcase that they are always on point when it comes to their sartorial choices in well-tailored three-piece suits, coats, and winter jackets.

On the work front, BTS released three teaser images along with a music video teaser for their upcoming single 'DYNAMITE'. The teaser seems to be an ode to different eras of popular music. The official music video will release on August 21 at 1 pm KST (9:30 am IST) and the second one will drop on August 25 at 12 am KST (August 24 - 8:30 pm IST).