South Korean group BTS released their first single 'Black Swan' on Friday, January 17. This marked the end of Phase 1 of their comeback album Map Of The Soul: 7 which is set for February 21, 2020 release. 'Interlude: Shadow' and 'Black Swan' began the new era of their music. 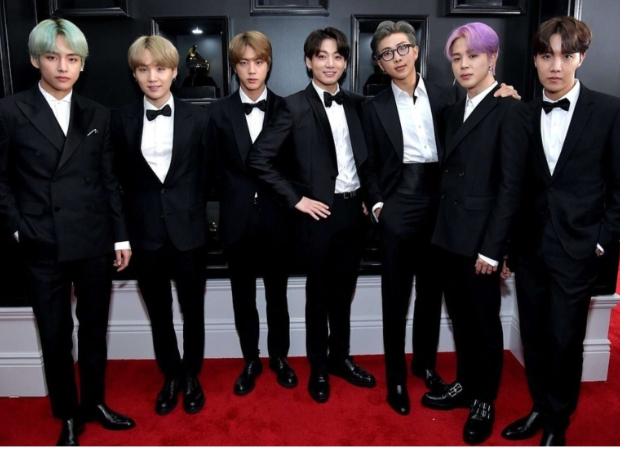 On Sunday, the seven members RM, Jin, Suga, J-Hope, Jimin, V, Jungkook, reacted to the 'Black Swan' art film that left them mesmerized. In the video, RM (Kim Namjoon) speaks about how the artist tries to escape from his shadow but eventually gets caught. (We talked about a lot of theories and what BTS Army had deciphered ever since the single was released)

The leader even talked about how he pictured Jimin, who is trained in modern contemporary style, performing this style along with the six black swans. Suga quipped that Jimin should perform this song shirtless and the singer was quick to respond, "I'm on it." Well, who wouldn't want to watch Park Jimin in his element showcasing his skills!

J-Hope, who is a trained dancer as well, said he didn't know much about this style of dance which is more like contemporary and arts-related. But, he was truly stunned by the flow with which the artists performed. Jungkook said that he couldn't react much during the video as he was captivated by the performance.

They also revealed that they were rehearsing 'Black Swan' choreography which is different from the art film. The reason being that BTS will perform the song for the first time on James Corden's The Late Late Show on January 28, 2020.

“Thrilled to announce @BTS_twt returns to the #LateLateShow on January 28 to perform ‘Black Swan’!” tweeted The Late Late Show’s official account on January 17. The official BTS account later replied, “Stay tuned for our very first performance of ‘Black Swan’!” The last time they were on the show, they performed 'DNA' from Love Yourself: Her and 'Fake Love' from Love Yourself: Tear. They even played his 'Flinch' game which is one of their famous segments.

Map of the Soul: 7, their fourth LP, will release on February 21. It follows their chart-topping album, Map Of The Soul: Persona which released in April last year.

ALSO READ: Connecting the dots to BTS and their latest single Black Swan