After the end of Harry Potter movies, the franchise headed with Fantastic Beasts that are prequels. Jude Law starred as Albus Dumbledore in Fantastic Beasts: Crimes Of Grindelwald. The actor recently revealed that author J.K. Rowling spent three hours with him to explain the history of Dumbledore. 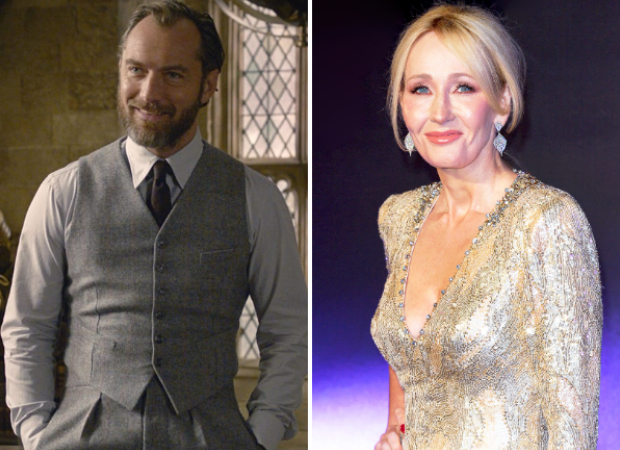 "I think one of the beautiful moments in preparation was working with J.K. Rowling. I spent an afternoon when she gave me the entire history of this great character," Law told Vanity Fair. "I remember she went in and she was having tea. She had these incredible heels on. She said 'OK, if you don't mind I'm going to stand up.' And she stood up for nearly three hours and just walked up and down, talked, talked — and it just came out, it's just living in her."

He further said, "And I'm sitting there scribbling down notes and getting all of this incredible insight into this character, which I had a little opportunity to use in (Fantastic Beasts: The Crimes of Grindelwald) and next year I go ahead and we do another chapter. There's more to come with that."