South Korean group BTS, that consists of 7 members RM, Jin, Suga, J-Hope, Jimin, V, Jungkook,  have once again proven they are in the league of their own with their latest single 'Black Swan'. Closing phase 1 of their comeback album that is leading up to the Map Of The Soul: 7 which is set for February 21, 2020 release, 'Interlude: Shadow' and 'Black Swan' begin the new era of their music refreshing take on self-reflection. 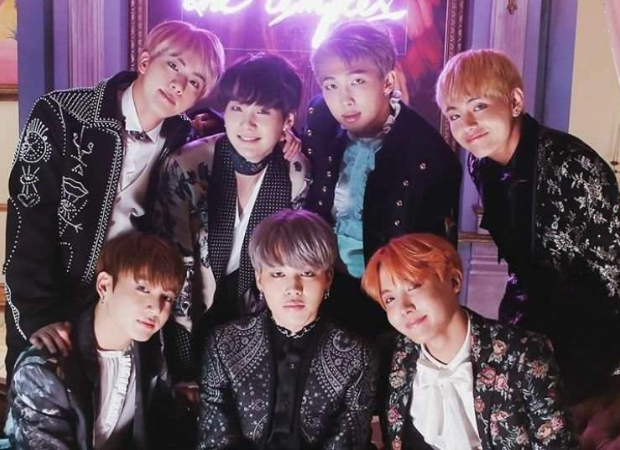 It was 2019 when BTS announced Map Of The Soul: Persona with 'Intro: Persona' performed by their leader and rapper RM. after wrapping up their Love Yourself series - Her, Tear, Answer. The album was based on Carl Jung's theories on analytic psychology. The lyrics had a take on Jungian concepts of power of unconscious, persona, ego, shadow which showcased how involved musicians like BTS can get when it comes to making a universe with their music.

For unversed, BTS (Bangtan Sonyeondan aka Bulletproof Boyscouts in Korean), debut in 2013, always had callbacks through their comeback trailers, music videos, and songs. The Bangtan Universe was created by their agency Big Hit Entertainment and it all began with 'I Need U' music video from their EP The Most Beautiful Moment In Life, Pt. 1. This was followed by the music video 'Run' in The Most Beautiful Moment In Life, Pt. 2. Many theories were confirmed in 'Blood Sweat And Tears' from Wings album.

If anyone has been in this fandom for the longest time, they are aware that every time BTS dropped music, the fans are quick to find the easter eggs, samples from their previous work and theories that come true eventually (the new BTS Army might require time to understand everything but the fandom got all of you all covered).

Cut to 2020, with comeback trailer ' Interlude: Shadow' featuring their lead rapper Suga followed by 'Black Swan' single which was released a day ago with an art film performed by MN Dance Company, there are so many theories which take you back to 'Wings' era and 'Blood Sweat & Tears' music video.

'Black Swan', produced by Pdogg, RM, August Rigo, Vince Nantes, and Clyde Kelly, can be said to one of the best works that have come from South Korean septet. But, 'Blood Sweat & Tears'  was a work of art. Not only was the choreography tight with stunning visuals and vocals, it truly got the fandom involved in all kinds of discussion about what the band wanted to portray through their music.

Now, almost seven years later, BTS, a worldwide phenomenon, seemed to have dropped several hints about their single, previously. The lyrics go, "The heart no longer races /  When hearing the music play / Tryna pull up / Seems like time has stopped / Oh that would be my first death / I been always afraid of If this can no longer resonate / No longer make my heart vibrate / Then like this may be how I die my first death / But what if that moment’s right now / Right now."

The fandom, known to be very passionate and intelligent when it comes to decoding music videos and lyrics, has found that the single's storyline is very similar to the Black Swan movie featuring Natalie Portman. Not only that, the hints were dropped during 'Blood Sweat & Tears'  music video, concert performances among others. It all connects us to Bangtan Universe and we can say that BTS ARMY HAS CONNECTED THE DOTS, as always.

Check out some of the theories:

Throughout BS&T MV, we continue to see many parallels and references to the movie “Black Swan”. Black Swan is about a dancer, who, in the pursuit of perfection, becomes manipulated & consumed by her Shadow, ultimately hurting herself terribly and unfortunately dies at the end. pic.twitter.com/LrGuPdqafx

This is the process of developing the ego (The second birth occurs with the development of Ego).

The order of MOTS: 7 goes from Shadow to Ego. We begin with Shadow Interlude, then before we transition to Ego, we have Black Swan, which is the process of the Shadow & Ego

The Black Swan theory is about events that are so unusual that they go beyond what's normally expected or even real, until it has been proven that they exist, upon which they are then rationalized in hindsight.

Have you ever seen a more apt metaphor for the journey of @bts_twt? pic.twitter.com/5OUvfFS7nr

“Black Swan” was about the main lead confronting her own Shadow as a dancer/artist!! The film was exploring Carl Jung’s theory as well of the Shadow self, the lead had to go through a journey to accept her fears, her dark side, her shadow self! #BlackSwanOutNow #BlackSwan pic.twitter.com/kOtZYOdCLr

Metamorphosis of a Black Swan ???? pic.twitter.com/wbODuOY81P

So you’re telling me Seokjin, like Nina from Black Swan, could potentially be suffering from paranoid schizophrenia and that this entire universe we’ve pieced together over several years and built upon flashbacks and time travel, could’ve all just been his hallucinations

the first half is feeling lost and feeling stagnant, but the second half is them having their passion revitalised and realising they're not lost as long as they have music. it's a full story song. you can't focus on just one half, you must take it as a whole.

After re-experiencing #BlackSwan over and over again, I think this part is my favourite - where the shadows no longer bully him. He seems to have almost 'tamed' them and now they follow his movements instead. It's like he's dancing with his shadowshttps://t.co/9clKhaQQXe pic.twitter.com/Hecvn8MbH9

the irony here is that:

1) as much as the darkness elevates him, holds him up in an almost worshipping manner,

2) this is also the SAME THING that pushes him down to the ground. pic.twitter.com/C0r76rqhhS

the black swan symbolises the darker side of things such as temptations, the white swan is pure and innocent but is intrigued by this and soon becomes dark in nature... so what if taehyung is the black swan and seokjin is the white swan??? pic.twitter.com/BTMDwHkUp2

ARMYs this is the real theory behind the black swan, not forgetting to mention that this doesnt show that bts is in pain or sadness now but to show that they put in a lot of hard work in their lives to be who they are now. pic.twitter.com/W1wAb8WSLU

The Shadow is that"hidden,repressed,for the most part inferior & guilt-laden personality"of us all & Jung says we tend to psychologically distance ourselves from it

Confronting that part of the subconscious has its danger and BTS has beautifully portrayed it in their Black Swan. pic.twitter.com/dWXHyJywpP