A new trailer of BTS' Break The Silence: The Movie is here. The first trailer gave a glimpse of BTS' brotherhood and now the second trailer gives a peek into their persona. 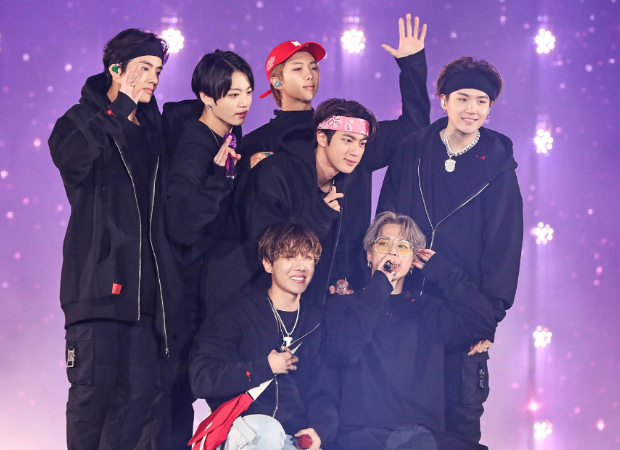 The trailer takes you through various moments in the illustrious career of BTS during their stadium tour. It begins with 'Interlude: Wings' track as you see glimpses of various stadium concerts they performed at. As the seven members RM, Jin Suga, J-Hope, Jimin, V, and Jungkook do their introductions, you see them sharing what kind of personalities they have in real life versus their personas as superstars.

"We can say a new persona was created since the moment we debuted," Jungkook is heard saying. Describing how he pictured his life to be, J-Hope says, "I just thought I'd sing and dance to a certain extent and show the person I am. That's all I expected."

Suga adds, "The moment I have to let this go, I think it will be really difficult for me." Jimin, on the other hand, says they are also discovering themselves in this journey. "It feels like we're searching together and I think that's the reason," he says.

On August 7, Big Hit Entertainment announced the movie after releasing three films previously including Bring The Soul, Burn The Stage, and Love Yourself In Seoul. The rollout is supposed to start from September 10 in Korea followed by more than 70 countries including 40-plus regions from September 24. But, due to a spike in COVID-19 cases, the company has decided to postpone the movie indefinitely.

The official synopsis reads, "With unprecedented access, Break The Silence: The Movie travels with BTS throughout the tour, exploring each band member behind the curtain. Offstage, we see another side of BTS. The seven members begin to candidly tell personal stories they have never voiced before. The Love Yourself - Speak Yourself tour took place across Los Angeles, Chicago, New York, São Paulo, London, Paris, Osaka, Shizuoka, Riyadh, and Seoul. The band became the first Korean group to perform at Wembley Stadium and had two sold-out shows."

As of now, Japan, Spain, Russia, the U.K., Italy, France, Thailand among others will see the screening of the film whereas some countries will have to wait until the pandemic situation becomes stable enough to reopen the theatres.

Starting from September 24, The U.S., Canada, Mexico, Brazil, and over 40 countries will have limited screenings. Though India is listed in the later release date section, things may vary according to local guidelines provided by the government. As the theatres remain shut in the country, it remains to see when the film will get an official release. According to the website, they did mention "showtimes vary per region and are subject to change, depending on the local cinema reopening conditions."