New BTS music video is here and you are in for an emotional rollercoaster ride! The South Korean superstars are set to celebrate their debut anniversary on June 13. Ahead of their anniversary, every year, they organise FESTA wherein they release new content including photos, videos, new music, song covers, choreography videos, etc. Amongst the content that has been released till now, BTS dropped the music video for 'We Are Bulletproof - The Eternal' on June 11, the song from their fourth full-length album 'Map Of The Soul: 7' released on February 21, 2020. 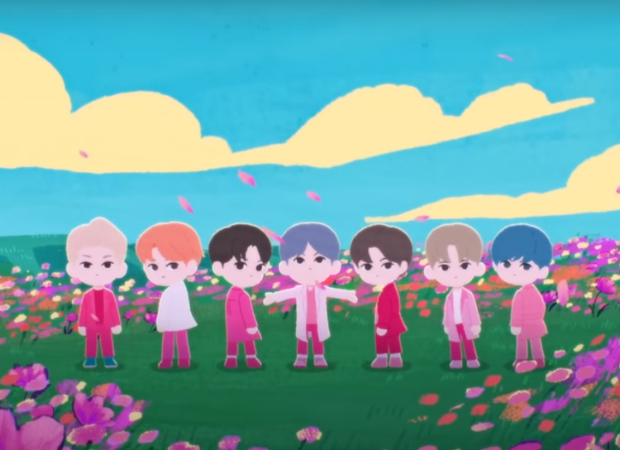 To say the music video is EMOTIONAL would be an understatement. This dropped on the day when they dropped their debut music video 'No More Dream' back in 2013. It takes you through every era of BTS - from the debut in 2013 as underdog rookies to history-making legends in 2020. It has several callbacks from their pre-debut times at Big Hit Entertainment's small apartment as they are seen running through all of their eras - 'Boy In Luv', 'No More Dream', 'Young Forever', 'Danger', 'Run', 'Blood Sweat & Tears', 'Spring Day', and 'Not Today'.

The music video begins with present-day RM meeting debut era Rap Monster as they look into each other's eyes. You see RM and Suga facing the repercussions of "idol life" after their underground rapping careers. It reflects in their lyrics - "We are bullet bullet bulletproof / Facing the negative attention head-on, we achieved it, and / the bad memories and many hardships were also / blocked heartily by us, bulletproof."

At the beginning of the music video, you see the members RM, Jin, Suga, J-Hope, Jimin, V, and Jungkook, walking alone trying to overcome their hardships and fear in a very new world that have entered together. They continue to walk this path as seven. You see them running through different eras representing how they changed over the years but continued to make music they were passionate about even when they were been overlooked. They say the road to success is never easy. They have fought the biggest battles, they have been together through thick and thin.

The moment you see purple light in the music video, it represents the support system - ARMY. No matter what happens in their lives and how tumultuous the journey will be, they knew that they had a huge backing that only multiplied into millions in the coming years.

The whale, which represents loneliness, turns into an ocean of ARMY who have supported them throughout their journey and that loneliness has turned in happiness. This is a callback to their songs 'Mikrokosmos' and 'Whalien52'. Then, comes the golden era of 'Boy With Luv' that skyrocketed their fame. As the music video ends, it ends with the seven members coming together and ARMY always standing by each other. The members meet in a garden standing by the Bangtan logo. The paradise door opens as they are surrounded by flowers representing their fandom. Hence, the lyrics, "Yeah we are not seven, with you."

This track samples ‘We Are Bulletproof Pt. 2’, from debut album '2 Cool 4 Skool''. It's a complete contrast from their Pt. 2 of the pain of being only seven. The group has now found the happiness in an ocean of ARMY who celebrate them, their music, and therefore being, “forever bulletproof”. From the entire 20-track album, this song holds a special place because it seems like a love letter between BTS and ARMY as they hold onto each other in this path. Interestingly, they stopped at the 'Boy With Luv' era that happened in 2019. One of the reasons could be while the 'On' era from 'Map Of The Soul: 7' was successful, the septet couldn't spend it with the ARMY due to unforeseen circumstances.

"All we had were dreams  / opening our eyes only to dim mornings/dancing and singing all night long to / those endless music scores," the song begins. But, now they have us. They have ARMY. The seven young boys, who were laced with loneliness and fear in a whole new world, found solace in passionate fans who are their backbone and strength, the same way the members are of each other. As they say, BTS FOUND ARMY, ARMY FOUND BTS!

BTS FESTA 2020 could not have gotten any better!

ALSO READ: BTS to release 'Stay Gold' from their Japanese album Map Of The Soul: 7 – The Journey on June 19