A week after the release of their highly anticipated album 'Map Of The Soul: 7', worldwide superstars BTS has dropped the official music video of their title track 'ON'. The album dives into the seven years of the seven members, from being aspiring musicians to an intriguing rookie group from a small label to becoming worldwide sensations. 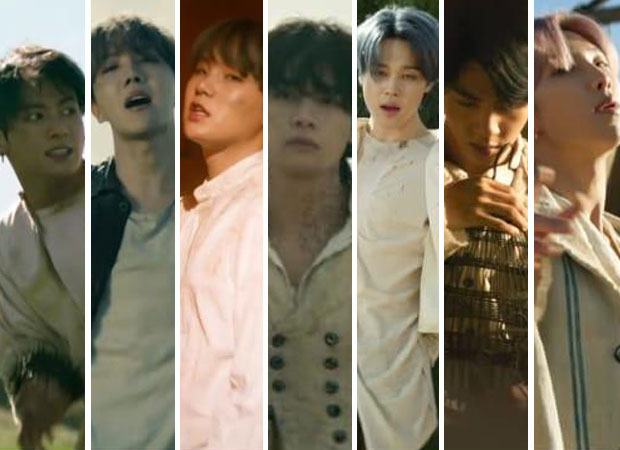 The South Korean septet - RM, Jin, Suga, J-Hope, Jimin, V and Jungkook - has dropped the official video and let's just say it - it's mesmerizing. After watching the powerful Kinetic Manifesto video that showcased the skills of the seven members, this video takes it to the next level.

Let's just say it - nobody does a music video like BTS. This cinematic moment is a historic. The ON music truly is a reflection of their 2013 hip hop track N.O. The music video takes you through a journey of major emotions. In 2013, the seven members were trying to fight the system.

Cut to 2020, this music has multiple references like Noah's Ark, Maze Runner, Omelas and Bird Box. Beyond that, the music video symbolises that the members, when united, are stronger than ever. They have been through immense hardships but when it comes to their battles, together, they are trying to break free inorder to create a new paradise and dream big. The video ends with 'No More Dream' which ends with 'Dream'.

One of powerful verse says, "Look at my feet, look down / The shadow resembles me / Is it the shadow that's shaking / Or is it my feet that are trembling / Of course I‘m not unafraid / Of course it's not all okay / But I know / Awkwardly I flow / I fly together with that black wind."

Another verse goes, "Where my pain lies / Let me take a breath / My everythin' / My blood and tears / Got no fears / I'm singin' ohhhhh / Oh I'm takin' over / You should know yeah / Can't hold me down 'cuz you know I'm a fighter / Choosing to descend into the dark abyss / Find me and I'm gonna bleed with ya."

'ON' is a reflection of their 2013 track 'N.O' which was a hip hop track that showcased the intense pressure young people go through.

Cut to 2020, and seven years into their careers, the group is thriving and excelling but they are going with the flow and take things as they come without adding too much pressure on themselves. Instead of ignoring and running away from their shadows, they've embraced their everything and moving forward with a positive approach.