BTS is coming back with their highly awaited album 'Map Of The Soul: 7' which is their fourth LP. The South Korean septet has been teasing the fans about their upcoming album during their pre-promotion in the United States. The group unveiled the first set of concept photos at midnight on February 10, 2020, stating the new era has begun. 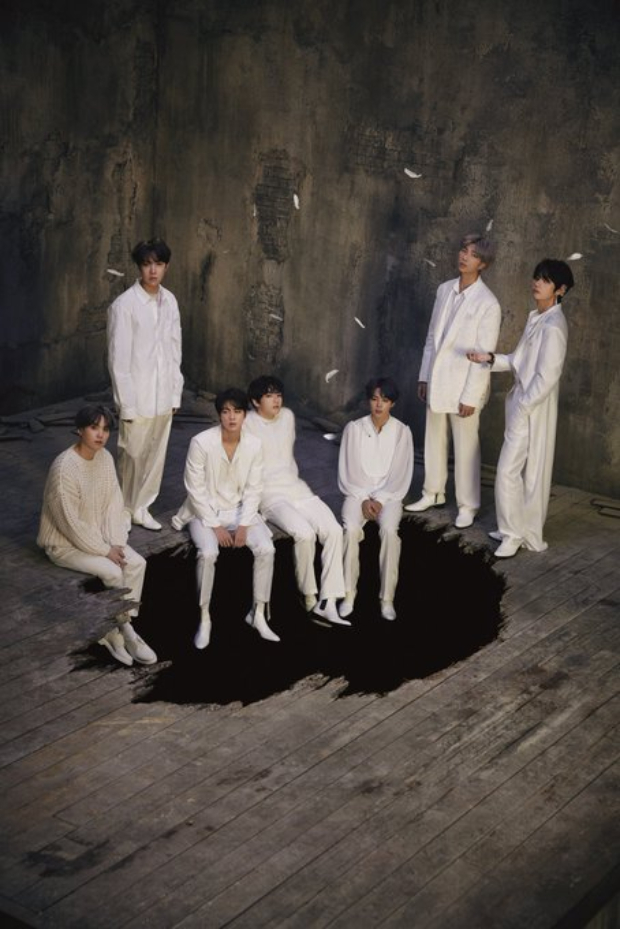 Seven years in the Korean industry through thick and thin, the seven members have grown as musicians and evolved into musical sensations who are known worldwide. Coming back to their upcoming album, the new concept photos have a lot of callbacks. Since this is their seventh year as a group, this album seems to be an emotional look back at their journey as artists who came together, joined a smaller company, powered through hardships they faced during the seven years, the repercussions that came with fame and made sure they never stop making music that they love.

The concept photos have lots of callbacks especially the feathers that remind us of the previous music videos from the 'Wings' era 'Blood Sweat & Tears' and, 'Lie' and 'The Most Beautiful Moment in Life Pt. 2' era 'Run'. The abandoned house looks very similar to the one in 'Fake Love' music video. Amid this, a lot of Carl Jung's theories come into the picture.

Take a look at what BTS Army has deciphered from the first version of concept pictures:

this image represents the moment before bts falls into temptation and becomes the black swan,, they are all wearing white which symbols purity and theres feathers flying in the air which means that they lost their wings and cannot fly - so they fall pic.twitter.com/6tIkJznUAH

nietzsche: “Beware that, when fighting monsters, you yourself do not become a monster... for when you gaze long into the abyss. The abyss gazes also into you.” https://t.co/OvMntttcyz

In the concept photos, @BTS_twt are sitting around a bottomless, black hole. In sci-fi, wormholes and blackholes are often used as a vehicular device to traverse space and time. That’s how BU Seokjin manages to go back in time to redo April 11, over and over again. #FirstLookAt7 pic.twitter.com/thXZc03lnY

The concept looks very similar to the painting 'Descent into Limbo which is the edge of hell, YET they are still wearing white, significant of angels and purity. However, their feet are in the hole so they are very close to falling into temptation ????#FirstLookAt7 pic.twitter.com/I2LwLyqJIW

LRT: So many Nietzsche and Demian connections in today's concept photos. I'm finding myself going back to multiple BST references - everything ranging from the wings, feathers, the heights, the themes of temptation and rebirth. It's all so fascinating! ???? #FirstLookAt7 @BTS_twt

"Suddenly I discovered a dark, rectangular, stone-line hole in the ground. if you look long enough into that dark hole, then you can perceive that “shadow”, that hidden aspect of yourself no one desire"- Carl jung pic.twitter.com/rVTBTt3539

2. “It again seizes my ankle that lost the path, yeah yeah yeah”#FirstLookAt7 pic.twitter.com/l7uIfgvb3R

#FirstLookat7 so white feathers remind me of young forever, where bts want to sing and stay young as much as possible, so i think the first concept photos are the starting of their story bc remember joon saying this album will show every side of them, so in the beginning they + pic.twitter.com/DWdDP6ecD6

When I search about black hole I get some information about singularity and then I found out Taehyung wears a black feather outfit in singularity performance and in concept photo he's holding a white holding and sitting beside a black hole...#FirstLookat7 pic.twitter.com/uLPPWTCNZd

a black hole is named a Cygnus and in Greek a Cygnus can be translated into “swan”, does the black hole they’re all gathered around represent the black swan?

Look what I found! #FirstLookAt7 @BTS_twt
Carl Jung’s “The Red Book” and another one “Trailing Six Feathers” mention feathers and soul. This means that if a man seems to have feathers he is depicting his anima and is an animus himself. pic.twitter.com/eLCuJN2jrC

Ok hear me out
Doesn't this looks like the broken glass in shadow mv as well as the suit hobi wore in ego mv
We are definitely going back in time pic.twitter.com/z7BLeUxnaC

if u gather the pics vertically it looks like jin threw the feather and jungkook grabbed it :o https://t.co/8vW5lHnCHs