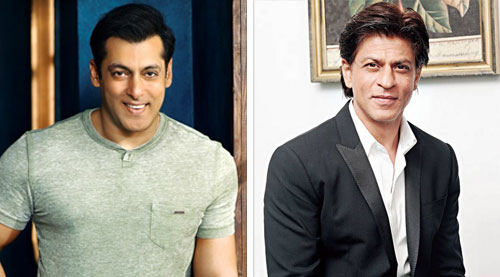 In an age where an actor's worth is measured more by his film's success, we see a few whose net worth cannot be measured by the same parameters.

In fact in their case, it is the number of records set or more often than not broken that establishes them as the premiere star in the industry. We are in fact

talking about the big guns Salman Khan and Shah Rukh Khan, both of whom currently enjoy a massive cult like fan following and will be seen in big ticket releases

this year. However, we are not here to analyze their film's eventual success or predict the box office collections, but instead we take a look at whether Salman

established when his film Happy New Year collected a massive Rs. 44.97 crores on its Opening day.


Directed by Sooraj Barjatya, PRDP that sees the reunion of the director with Salman Khan after a two decade gap, has been the talk of the town with many predicting

that it will most definitely be one of this year's biggest money spinners. In fact the film which will see a release in 5300 screens worldwide of which approximately

4500 screens will be domestic is set for a windfall this Diwali. However, to understand more we caught up with a few names in the trade circuit to find out whether

the festive season of Diwali around which the film is releasing. Add to that it features one of the biggest stars Salman Khan, and is directed by Sooraj Barjatiya,

who is known for his family entertainers. These coupled together, PRDP does make for a very successful film." On a similar note, trade analyst Komal Nahta adds,

"Although I have not seen the film yet, going by the hype and promotions surrounding the film, I can say that, yes PRDP will open big. There are multiple factors

that lend to this assumption. Chief among them being that PRDP has managed to entice the audience this festive season and will definitely be a crowd puller."

PRDP have been simply phenomenal, and judging by this, it is safe to say that the film will have a good opening", adds Nahta. When prodded whether PRDP that is

expected to release on a scale similar to Happy New Year (HNY), Nahta says, "Though we cannot compare the two films since they are totally different, I can

say that instead of looking at HNY, I think what we need to see is whether PRDP will break the records of PK and Dhoom 3 instead." On the other hand, holding

a different sentiment Taran Adarsh says, "As of now it is just a wait and watch game, though PRDP might and will surpass the collections of Salman's previous

releases EkTha Tiger,Bajrangi Bhaijaan and Kick, we will have to wait and watch if it surpasses HNY too."


However, another aspect that comes to notice here is the fact that Salman Khan's highest Opening day grosser remains to be Ek Tha Tiger that collected Rs.

32.93 crores on its opening day. While the actor's other releases have gone on to make it big, he has till date not managed to surpass this record, which begs the

question why? "Well Ek Tha Tiger (ETT) released on a national holiday, and as usual films that released on such days tend to feature a bigger collection

figures than those that don't. In the case of Salman's films though most have released around festive seasons and holidays / extended weekends, ETT was the only one

that released on a national holiday August 15", states Taran Adarsh. But, with PRDP now releasing on a festive weekend can we expect Salman's record of ETT to be

broken? "Now this like I said before will be a wait and watch game, we cannot really say for sure despite the positivity surrounding the film", adds Taran. Delving

into another line of reasoning trade analyst Komal Nahta adds, "See the reason why Salman's collections have been lacking in comparing to ETT is the simple fact that

other release dates have not been conducive for collections, like for example both Kick and Bajrangi Bhaijaan, released a couple of days before Eid, a period

when overall collections are relatively low. However, ETT on the other hand released on a holiday itself." Further talking about PRDP's expected collections Nahta

says, "With PRDP releasing on a holiday collections will surely be higher than others and will in all likelihood surpass that of others."


On the whole, when today a film is judged not just by its star value but also its content, it will interesting to see how PRDP performs. While the general consensus

is that the film will surpass Shah Rukh Khan's HNY collections of Rs. 44.97 crores on Opening Day, it will be a wait and watch to see whether the total collections

of the film manage to set a new record in Bollywood altogether.