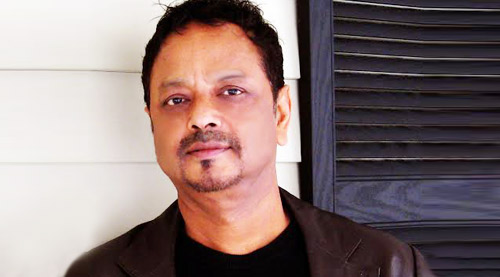 It took author Gyan Prakash's complex and layered novel Bombay Fables more than 8 years to be brought to screen.

It took less than a week for the movie version of Gyan Prakash's novel to come crashing down.

Happily author Gyan Prakash who teaches modern Indian history at the Princeton University in the US, stands by the film.

Communicating from New Jersey, Prof Prakash says, "I'm thrilled that the film even got made! From the very beginning I knew that it would be a challenge, given the requirements of a period film. So was the complexity of the story of Bombay's transformation from an industrial to postindustrial city of real estate and finance, which had to be told through an ensemble of characters and complex plot twists."

Defending the film against the aggressive critical backlash that it had to face the author-historian says, "Perhaps in the heat of the moment, it is difficult for the critics and the audience to appreciate the effort involved in mounting such a film. But I am deeply appreciative, and I love Anurag's stylized way of telling my story."

Gyan Prakash blames audiences' differing expectations for the film's failure. He says, "I think the film has met with mixed reception because of wildly different expectations. Some expected an Anurag film to be like Gangs Of Wasseypur. Others expected a film with stars like Ranbir Kapoor and Anushka Sharma to be a standard Bollywood fare. Yes, with Anurag's twist, but still with the usual storytelling, character development, plots, etc. Perhaps the promotion of the film, presenting it as a star-studded spectacle, also raised this expectation. So, when it turned to be neither, people were disappointed."

Gyan who was very excited about the project doesn't feel let down. "On the whole, I think it is an amazing film, one with huge ambitions in terms of cinematic craft and in its expectation that the audience will connect the dots, and not have every bit told to it."

He is taken aback by the fury of the critical backlash. "I am astounded at the glee with which some of the critics have gone at the film. I don't quite understand why criticism has slipped into taking perverse pleasure in pointing out flaws. Perhaps that is backhanded appreciation what the film tries to achieve."

Prof Prakash is all praise for the Bombay Velvet actors. "I think the actors have done a superb job. Never before we have seen Ranbir Kapoor in this kind of a role. Others - Anushka, Satyadeep Mishra, Manish Chaudhary, and Kay Kay Menon - shine. I think one needs to step back from the noise, take a breath, and then watch the film to make up one's mind."