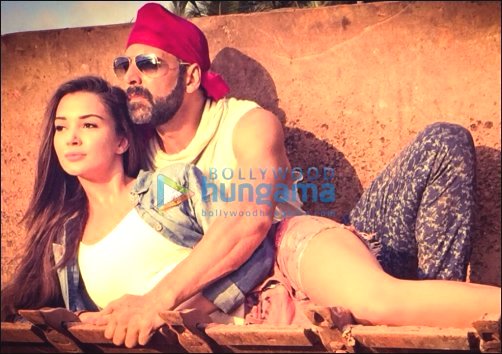 Just yesterday we reported that Akshay Kumar had completed shooting the second schedule for his next venture Singh Is Bliing in Goa. In fact the actor even posted an image that featured him along with director Prabhu Dheva and a few fans. Today Prabhu Dheva released the first look of Akshay Kumar and Amy Jackson from the film on twitter.


Said to be an action drama, Singh Is Bliing that also stars Lara Dutta in a prominent role is set to release on October 2, 2015.