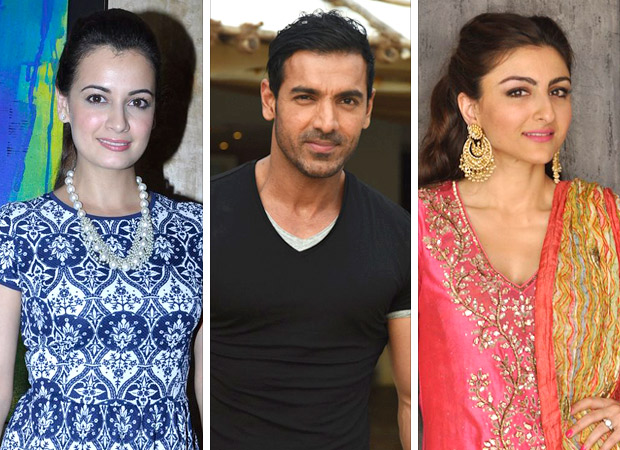 John Abraham: “I don’t think it is right to attack PETA. I stand firmly against any cruelty to animals. I am all for any group of people who are brave enough to stop others from hurting animals. Do not inflict pain on animals.”

Khushboo: “We in Tamil Nadu are law-abiding citizens and respect the honourable Supreme Court’s order. But we cannot be isolated. We need a chance to voice our opinion to the apex court. All Tamilians are united. We believe in Jallikattu. Jallikattu is our pride. It's been there for a 1000 years. You cannot take away Jallikattu from a Tamilian. The movement is revolutionary. Mahatma said, "Be the change you want to see". We will bring in the change we want to see. We will welcome regulations, but why ban our heritage? PETA sees only one side of the coin. A bull is family to a farmer. Much economical goodness is attached as the breeding depends on Jallikattu. A particular breed of bull is used for Jallikattu which the PETA is clueless about.”

Soha Ali Khan: “As an animal lover I support PETA and the very good work it does towards the protection of defenceless animals - in this specific case of jallikattu I am afraid I am not an expert but from what I have come to understand it is not a binary choice between animal cruelty and cultural identity. We tend to see the world through a lens and what is needed is a kaleidoscope- it is not the same as bullfighting in Spain - it is a test of manhood, and an important nonviolent channel for adolescent energies and done in a nonviolent way. But let's not reduce it to nationalism as everything today seems to come down to - of local culture vs foreign funded NGOs. PETA, the Supreme Court, local legislative bodies and the people all need to make an effort to understand each other and work together.”

Pooja Bedi: “PETA means People for Ethical Treatment of Animals. Ethical is the key word here. They aren't anti-slaughter... they are anti-cruelty. So if there's a more ethical and more humane way to sacrifice and slaughter... we should be open to it.”

Baabul Supriyo (singer and BJP minister): “In this democratic country, everyone is entitled to an opinion and like everyone else PETA has it is own logic and stand. While you have the right to fight or disagree with that, attacking them for their opinion is wrong.”

Ronit Roy: “It's a fight between cruelty against animals and an age-old tradition. I would like to refrain from commenting on this matter. On a personal note, I'm a vegan but I can't force my veganism on others.”

Dia Mirza: “I firmly believe that PETA's intention was only to do good. To attack them is to attack the belief that animals deserve rights.”