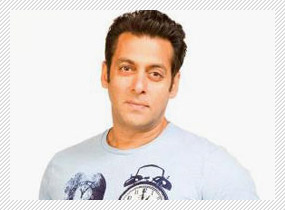 Kamal Haasan's film Vishwaroopam which was banned by the Tamil Nadu government even though it was cleared by the censor board has been making headlines. Now with the ban being enforced by the TN government despite a High Court ruling allowing the film's release, Bollywood celebrities have taken to twitter displaying their resentment over the issue. Bollywood Hungama brings you a compilation of what some of them have to say:

Salman Khan: The south actors shld go to the cinema halls whr film was to b released in his support n insist that they wanna c the film

Abhishek Bachchan: Offended by a film or its contents? simple solution' don't buy the ticket to see the film? Let the audience decide for themselves.

Farhan Akhtar: Apart from harassing the film maker, isn't the ban of #Vishwaroopam ridiculing the CBFC? Should their authority not be protected? And if their decision cannot be upheld, why subject film makers to this review?

Anubhav Sinha: Is the TN Govt saying that they do not recognize CBFC? Or They can't handle law and order? Or they subscribe to the objection? #KamalHaasan

Onir: A state that cannot stand up for its artists has no right over art. #Vishwaroopam #kamalHassan. Let's not celebrate 100 yrs of Cinema

Vivek Agnihotri: And I hear UP govt. has also banned #Vishwaroopam . Why not? All idiots have to stay together. If reading Quran before attacks is such a problem in #Vishwaroopam for Muslims then they should make a film which shows the truth. Why ban?

Sonam Kapoor: How can leaders of the 2nd most populated nation in the world suffer from such idiocy. we really know how to choose em eh? God save us all.

Chitrangda Singh: The next thing they'll amend are the rights we have in our constitution .. Its not about just a film ..its about our RIGHTS !!

Pritish Nandy: If this is what we do to works of fiction, imagine what would happen if we tried to make docudramas or real cinema...

Shabana Azmi: Leela Samson Chairperson of CBFC quotes Supreme Court Ruling and joins voices that support the right of Kamalhasan's film to be viewed. Javed suggests Govt shud disband CBFC bcoz its certificate has NO value. Any group of 10 odd people who r 'offended' can hold a film 2 ransom. Problem is that People have far more opinion than they have information. Pause. Listen. Process. Then speak. The purpose of Art is not only to placate and please. It is also to provoke, stimulate and initiate discussion. TN govt wants 2 protect those who r 'offended'. Im offended too when Im prevented from watching a film passed by CBFC. TN Govt r u listening


Shirish Kunder: Jayalalithaa says #KamalHaasan shouldn't have gone to High Court. Should have approached her. She has a point there. Both are the same size