Actor Sushant Singh Rajput passed away on June 14. His untimely death due to suicide at the age of 34 has sent shockwaves across the nation. The actor’s family arrived in Mumbai from Patna in order to perform the last rites on June 15 at Pawan Hans Crematorium. Some of Sushant’s close friends and industry folks were in attendance. 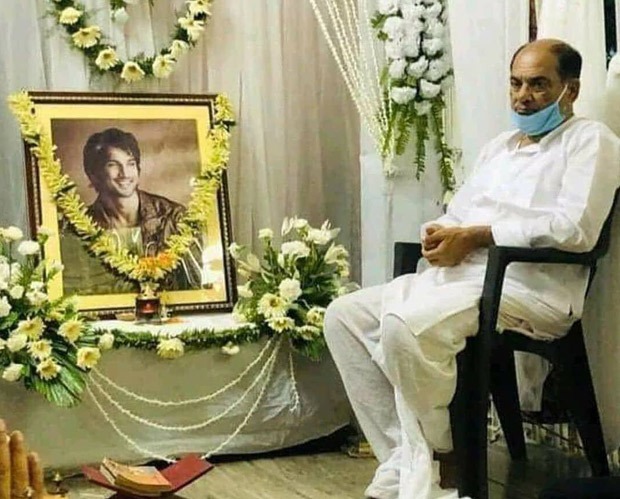 After the last rites were performed, the family travelled back to their hometown Patna. They held a prayer meet earlier this week and some of the politicians even attended it. One of the photos from the prayer meet has gone viral on social media. Sushant Singh Rajput’s father Krishna Kumar Singh is seen sitting on a chair next to photo frame of his son which is heartbreaking.