It has been almost 3 decades since the debut of the Aamir Khan, Salman Khan and Shah Rukh Khan and even today the three of them are going strong. Ever since their debut, it is their films which have set opening as well lifetime records at most of the instances. At different phases of their career, either of the three have held the top two position as far as star-power is concerned. There have been several times when the media has labelled a star as the replacement of either of the three Khan’s, but none of them have really been able to dominate the Box-Office like them. Last decade it was Shah Rukh Khan at the top, followed by Hrithik Roshan who had toppled the other two Khan’s i.e. Salman Khan and Aamir Khan, but the bad choice of scripts hurt him bad this decade. This decade has all been Salman Khan and Aamir Khan show, however there seems to be a visible shift in the industry in the coming few years. Hrithik Roshan is a certified superstar and has maintained a different identity of his own, because of which no one ever hailed him as the next Salman or Shah Rukh or Aamir. In-fact, the hunt for next Hrithik Roshan is in progress, wherein a lot feel that Tiger Shroff would be the ideal replacement. 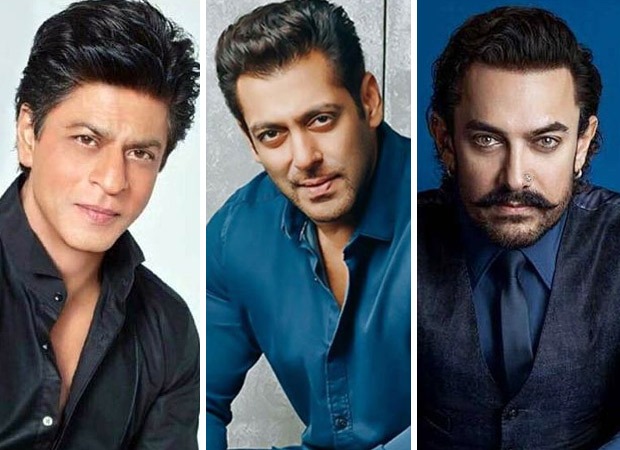 While attaining raw stardom like Salman Khan or Shah Rukh Khan would be difficult, as the younger generation of actor don’t really command that level of loyal fan-base, the next generation of superstar as mentioned time and again would require a lot of additional padding like universal scripts, interesting trailer and music to get the audience all-across excited. Unlike the past where stars like Vivek Oberoi, Shahid Kapoor etc. were called the next Shah Rukh Khan in the early days of their career, this is the first time in last few years wherein the industry is witnessing the rise of a trio together, which makes us wonder if the trio will jointly dominate the Box-Office like the Khan Trio. We feel that Ranbir Kapoor, Ranveer Singh and Varun Dhawan might be the next three superstars who would carry forward the legacy of the three Khan’s, who are about to enter their mid-50’s.

Varun Dhawan has been one star who has delivered hit films one after another. Varun has not delivered a single flop since his debut film, Student of The Year (2012) which makes him one of the most consistent actors from the younger generation. However, a drawback of his career so far is the fact that he has not been a part of a single blockbuster film, which is the true recognition of a superstar. While all the films which have succeeded were riding merely on Varun Dhawan’s shoulders (except Dilwale), it is about time he takes his stardom to the next level by delivering a couple of blockbusters. Given the kind of films he has done, and the audience that he appeals to, it won’t be wrong to say that Varun Dhawan can be the successor of Salman Khan. Another similarity between Varun and Salman is the fact that neither of them have been dependant on big directors for the big hits, however it’s about time Varun has his Maine Pyaar Kiya or Hum Aapke Hai Kaun moment. His upcoming films include Sui Dhaaga, Kalank, and Rannbhoomi.

Ranbir Kapoor is another actor who is back in the number game after the humongous success of Sanju. Although we can’t ignore the fact that Sanju benefitted because of Rajkumar Hirani’s goodwill among the audience, the film did position Ranbir Kapoor as a Pan-India superstar. The film has built a platform for Ranbir Kapoor to unleash the beast in him from hereon. Given his line up and acting talent we can safely say that the actor is set to take it to the next level. The last when such a platform was set was Ranbir was after the success of Yeh Jaawani Hai Deewani, however he failed to capitalize on the same. Not just us, but even Aamir Khan would be proud if Ranbir Kapoor in the future takes the tag of being the Mr. Perfectionist of Bollywood. While there are no two doubts about Ranbir Kapoor’s acting talent, we just hope he ends up selecting scripts as well as Aamir does. His upcoming films include Brahmastra, Shamsheera and Luv Ranjan’s next film.

Ranveer Singh’s last film, Padmaavat was a run-away blockbuster; however one wouldn’t solely give him the credit for Box-Office performance of the film. There were several factors that worked in favour of the film which includes Sanjay Leela Bhansali’s brand, controversies and Deepika Padukone, who is the number 1 female star of the industry today. However, just like Ranbir Kapoor, Padmaavat has laid a platform for Ranveer Singh to reach out to the Pan-India audience. Although three of the biggest hits of his career have come with Sanjay Leela Bhansali and Deepika Padukone, the films worked for the actor in creating the awareness among the audience all-across the country about the powerhouse of talent that he is. All actors in the early days of their career have been benefitted by the reach of a director/production house, and Singh is no different. He has the energy similar to Shah Rukh Khan and is quite often called the next Shah Rukh Khan of the industry. Leaving the energy aside, the versatility factor and ability to pull off a negative character with utmost conviction also makes him a strong contender of being the next SRK. The performance of his upcoming films i.e. Simmba, Gully Boy, the 1983 World Cup film and Takht will speak volumes about his reach and star-power. In his career spanning for around 9 years, Ranveer showed his versatility by taking up diverse films like Band Baaja Baaraat, Lootera, Dil Dhadakne Do, Ram Leela, Bajirao Mastani and Padmaavat, and it is up-to him to take his career forward from here on and reach new heights.