In the list of celebrities who met Rishi Kapoor during their U.S. trip, yet another name has been added. That of cricket legend Kapil Dev. The veteran cricketer visited Neetu Kapoor and Rishi Kapoor in the U.S. where the latter is taking treatment for cancer. After celebs from B-town, the Ambanis and others, Kapil too dropped by to visit the Bollywood star and give his best wishes. 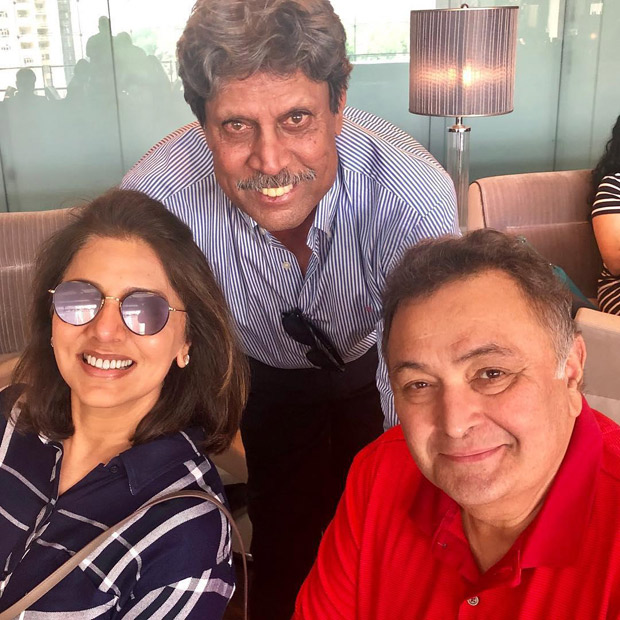 Neetu Kapoor, who always shares posts with her special guests, dedicated this post to Kapil Dev and said, “Super charged about the World Cup !!! ??#kapildev #crickettales #hopingwemakeit.” Going by the photos, it was all happy faces in New York as they decided to catch up.

Kapil Dev now has a special connection with Bollywood as the film on the first World Cup win of India is being made. The cricketer’s role will be played by Ranveer Singh in the film titled ’83 and the veteran sports persona is providing all the help they require including spending time with the actor so that the Bollywood star can get the nuances of the sports right.

On the other hand, Rishi Kapoor is expected to return to Mumbai soon since his cancer treatment is almost on the verge of completion. The actor recently had his son Ranbir Kapoor visiting him along with his girlfriend Alia Bhatt and the couple were seen spending quality time with the Kapoor family too.