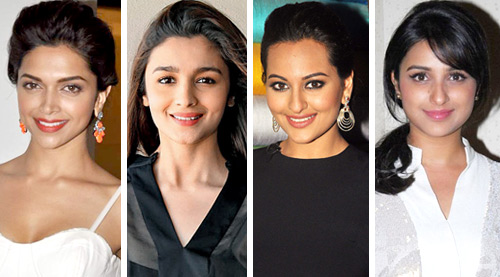 The dust hasn't yet settled after the AIB Knockout Roast session that was held in December. While the 'edited' videos of the show went viral a few days back, there has been a huge hue and cry by certain people, demanding to take action against the organizers, including Karan Johar, Ranveer Singh and Arjun Kapoor. Though the controversy surrounding the entire show continues to rage on with the Maharashtra government and the Mumbai police both initiating separate investigations into its content, Bollywood celebrities have taken to twitter in support of the Roast show.


Here are a few celeb reactions to the AIB Roast:


Alia Bhatt: "Some "not taking life so seriously" lessons are needed. DESPERATELY!!!!"


Sonakshi Sinha: "So nice to see twitter is filled with such angels who point out hypocrisy n never use foul language n have nvr laughed at dirty jokes (haw)"


Arshad Warsi: "Big thank you to AIB @karanjohar @RanveerOfficial@arjunk26 .Watched your show last night. Have not laughed so much in the longest time"


Parineeti Chopra: "Nobody is forcing you to watch the Roast! You choose! Why oppose it completely? Take it easy guys!! #AIB"


Monica Dogra: "Oh I'm sorry Government, do you find it offensive when your people are smarter than you? @AllIndiaBakchod #hellyes #AIBKnockout"


Sophie Choudry: "By makin an issue out it, #AIBKnockout has become even more popular?? Incidentally, I find the corruption I read about everyday more offensive"


Ranvir Shorey: "Whoa! Well done, @AllIndiaBakchod, for showing savages what a "roast" is! Glad @pathakvinay & I could provide practise for it. #AIBKnockout"


Richa Chadha: "no democracy means you conduct moral policing, deciding how/how much thousands of adults should laugh in a room. I am the youth. Critics of the #AIBRoast used equally unparliamentary language."


Ritesh Sidhwani: "Guys really!! Inquiry being conducted on people who decided to laugh & take a piss on themselves. Evolve people it's about time #AIBRoast"


Suparn Verma:"The funniest part is the complainant against the #AIBRoast says he has travelled worldwide and he has seen Roadies so he knows a roast ??"


Tarun Mansukhani: "probe by govt. against #AIBRoast?? Where is the probe against telecast of parliament in session? vulgarity, obscenity n chairs fly there!!!"