One can't deny the fact the fans are very much invested in celeb life. From relationships to breakups, the audience wants to keep up with the ongoings of their favourite celeb. While Arjun Kapoor is dating Malaika Arora, he was seemingly upset that his Gunday co-stars Priyanka Chopra and Ranveer Singh left him for their better halves. 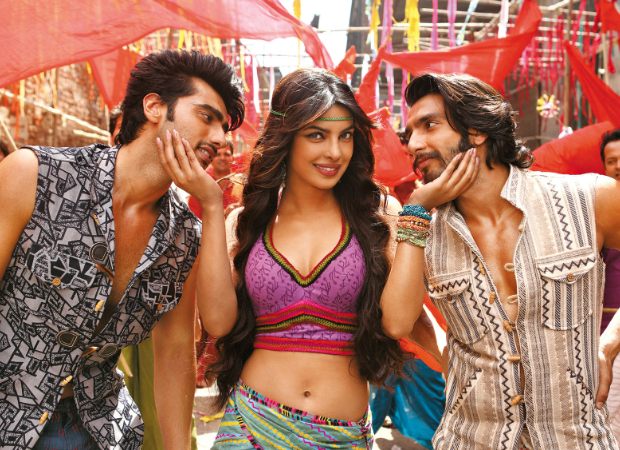 As it turns out, their film Gunday, helmed by Ali Abbas Zafar, completed five years and the actor felt that both his co-stars have found their soulmates in Deepika Padukone and Nick Jonas respectively whereas the actor was seemingly without a Valentine date.

Well, Arjun Kapoor has been in headlines for his rumoured relationship with Malaika Arora. He often takes up the role of a protective boyfriend whenever they are on a dinner date and are being mobbed by fans and paparazzi.

On the work front, Arjun Kapoor is keeping busy with the shooting schedule of Panipat. The actor is starring alongside Kriti Sanon, Sanjay Dutt in this Ashutosh Gowariker directorial. The film is set for November 2019 release.

ALSO READ: Arjun Kapoor gets Ranveer Singh to reveal how Deepika Padukone has changed him