K-pop female group BLACKPINK, comprising Jisoo, Jennie, Rosé, and Lisa, will ring their 5th debut anniversary on August 8th, 2021. The group, which debuted in 2016, has skyrocketed in terms of their fame worldwide. Now, the trailer for the upcoming movie is released as the group reminisces the concert days, meeting fans, performances, and more. 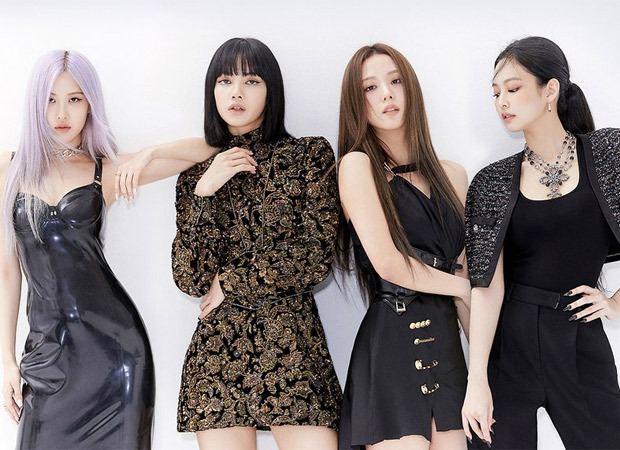 "I think it was the most happiest moment of my life. Honestly, thank you for supporting us. That's all," says an emotional Lisa in the clip. "I think we shine the most when 4 of us get together and challenge ourselves with new things," adds Jisoo. Jennie says, "Performing on stage is one of the best part." Rosé says, "I really didn't try to put my heart and soul into it."

In the trailer, the members of Blackpink, who celebrated the 5th anniversary of their debut, exclaimed, "They were the happiest times in their lives", "It's still in the process of experimenting with new things", "I think performing on stage is one of the best moments." You can see how you feel. In addition, the audience full of pink lights, and the dynamic performance of BLACKPINK on the stage go well together, so you can feel the heat as if you were in the middle of the concert hall.

The movie BLACKPINK THE MOVIE commemorating the 5th anniversary of the debut of the global group 'BLACKPINK', which is loved all over the world, will be released on August 4th.  It is a movie about five years after the debut of the global group, which was completed by 4 members and K-pop fans around the world, including the fandom 'Blink', as '+1'.

The show features a unique look, a special interview, and more than 10 hit song stages on the set that fit the individuality of each member, which has not been revealed until now. In particular, the live scenes of the performances of 'THE SHOW' in 2021 and 'IN YOUR AREA' in 2018, re-edited to maximize the sense of realism, are expected to convey the impression of moving the fan meeting and concert scene to the screen at the same time to fans around the world. It will be screened in a variety of formats, including 2D, which is a general hall, screen X, 4DX, and 4DX screens, and promises to impress fans who are thirsty for performances beyond concerts.

The movie will release in 100 countries around the world including India. Though cinemas are still shut in many parts of the country owing to the COVID-19 pandemic, it seems like fans will have to wait a little longer.

ALSO READ: BLACKPINK’s Jennie and Rosé imbibe summer vibes in Los Angeles as they get into a studio for a recording