Actress Bipasha Basu is currently holidaying and having a great time with hubby Karan Singh Grover which can be witnessed from the photos and videos the actress is sharing. The couple is all-smiles by being away from the frenetic pace and chaos of everyday life. 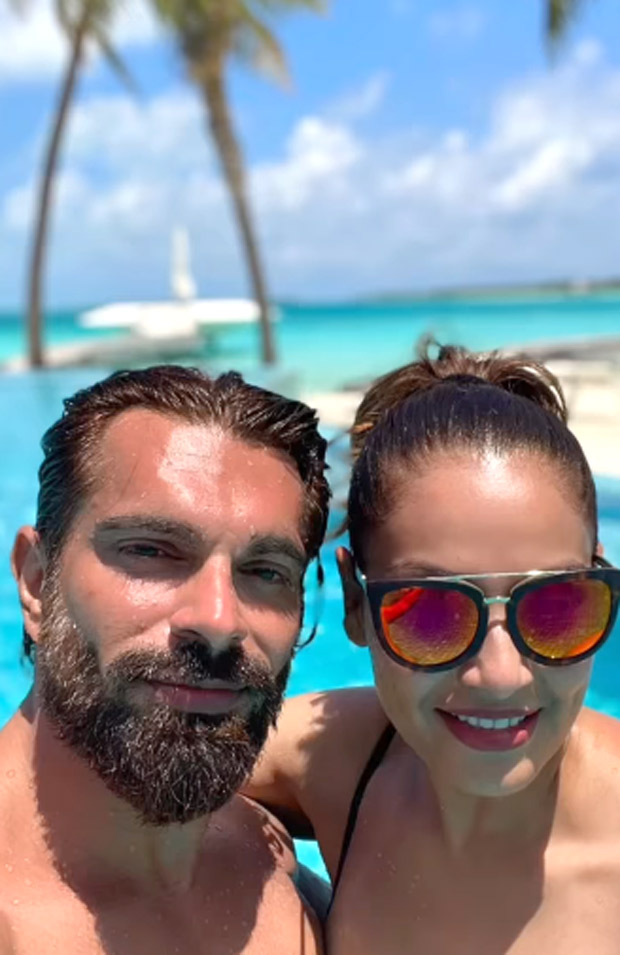 Treating fans and well-wishers with a postcard perfect getaway, the actress took to her official instagram page on Tuesday and dropped an adorable video montage with Karan from their vacation in the picturesque nation Maldives, captioning it with ‘#monkeylove’

Earlier too, the couple have been sharing breathtaking moments and clicks from the azure waters of Maldives and fans just can’t have enough of them. Their Instagram account spells happiness and quality time in every way.

Speaking of their love story, Bipasha and Karan met during the shooting of the 2015 film Alone and instantly hit it off. The couple got married in April 2016 and later hosted a reception for their industry friends, which was attended by several Bollywood stars.

On the work front, the couple co-starred in the web-series Dangerous. They are one of the most adored couples in B’Town. Their chemistry continues to be as good as it was when they worked together in films before they tied that knot.