With each passing day in Bigg Boss 16, the involvement of the Bigg Boss master in the house is increasing making it tougher for the housemates to survive. While Ankit Gupta may face a threat to his position, the close friendship between Abdu Rozik and Shiv Thakare might witness a change in their equation. Tonight, the house will witness a ‘satta badal’ task where the new ‘Raja’ Ankit Gupta might end up losing his ‘satta’. In this task, the garden area has been turned into a ‘BB jail’ wherein Ankit must choose six house members whom he believes won’t take away his captainship. The selected six housemates will be jailed as ‘qaidis’ in the task and five others will become the ‘jailers’. For each round, the jailer has to make sure the prisoners do not escape the jail.  Ankit’s ‘satta’ depends on the ‘qaidis’. 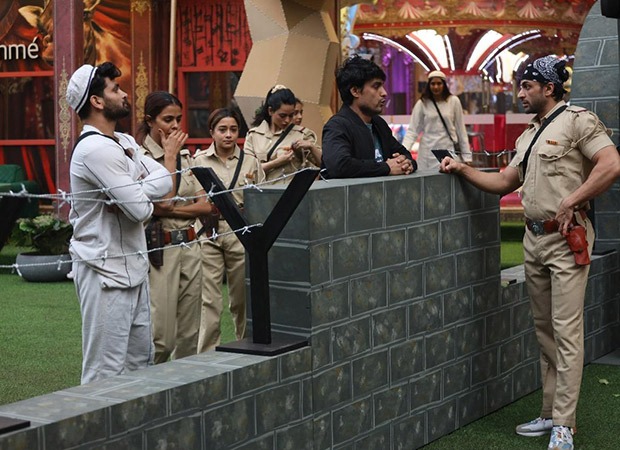 Meanwhile, coming to the contestants, our beloved Abdu Rozik has been feeling quite alone in the house. After his confession to MC Stan about Shiv Thakare on how he feels Shiv has changed, Abdu loses his calm at Shiv in the latest episode. It starts when MC Stan starts distributing chocolates. When Abdu asks for it, Shiv mockingly says, ‘Isko mat de’. Abdu angrily leaves the room, but Nimrit Kaur Ahluwalia brings him back. Shiv says that he was fooling around and it’s a small issue. Abdu disagrees with Shiv and says that the issue is not small. Will Abdu and Shiv sort things out between their friendship?

Let’s see what new drama unfolds in the upcoming episode of Bigg Boss 16. The reality show airs from Mondays to Fridays at 10 pm and every Saturdays and Sundays at 9 pm only on COLORS. The show is also available on the streaming platform Voot.