The entry of VIPs has lit a never-ending fire in the Bigg Boss 15 house and their dominating nature has added fuel to this fire.  Karan and Tejasswi devise a plan to annoy them by stealing everything from the ‘VIP room’ which is important for them. On the other hand, Rakhi commands Nishant and Pratik to cook the food of her choice. They simply turn deaf to her requests and tell the VIPs to eat whatever gets prepared for them. “Yeh koi restaurant nahi hai!”, Nishant snaps at them. 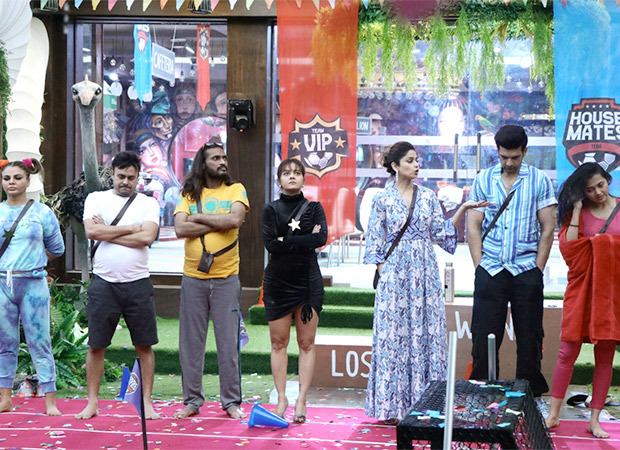 The Non-VIPs finally have a chance to win the prize money of INR 50 lakhs by winning the ‘BB Games’! This tournament has a series of tasks that will witness a long war between VIPs and Non-VIPs. The Non-VIPs shall go after their prize money, and the VIPs have to do everything in their power to stop them. In one of the initial tasks, both the teams have to collect more points to get a step ahead in the game. While Devoleena is the ‘Sanchalak’ for VIPs, Shamita helms this role for the Non-VIPs. Ritesh tries to steal the other team’s coins, but Umar lunges at him and both get knocked down. Furious at Umar, Rakhi pounces on him for hurting Ritesh as others try to stop her. Devoleena calls for Umar’s disqualification, but Shamita starts defending him. Devoleena brings the game to a halt as she continues to cry foul despite Shamita trying to reason with her. “Yeh task poora radd hota hai toh Devoleena ke wajah se hoga!”