Aly Goni who has been constantly supporting his BFF Jasmin Bhasin has himself entered the Bigg Boss 14 house. When he entered the house, Jasmin Bhasin could not control her excitement and was seen jumping with joy. The two who are rumoured to be a couple would be having their first fight which will be seen in the upcoming episode. 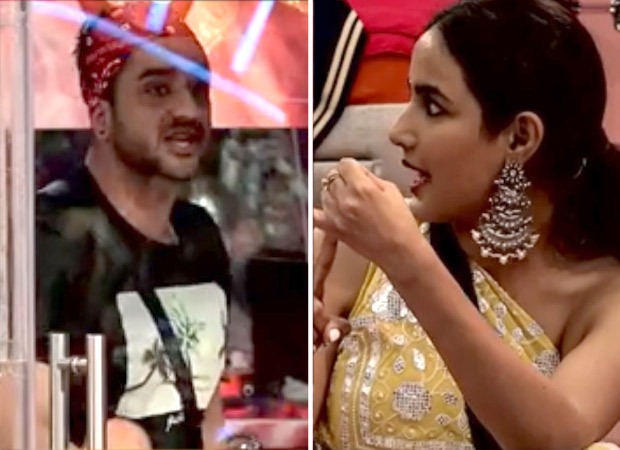 The two will be seen getting into a fight during the Luxury budget task. In this task, the housemates will be divided into two teams called angels and devils. Jasmin who is the current captain of the house will be the sanchalak (Moderator) of the task. In the promo video, we see that Eijaz, Aly and Nikki have been teamed up together to form the devils. Aly will be a part of the task from a separate room as he is quarantining. In the task, the devils torture the angels who will have to do whatever they ask them do or else they will be out of the task.

Nikki Tamboli asks Rubina Dilaikk to tear her favourite soft toy. When Rubina fails to destroy it completely, Eijaz tells Aly that Jasmin is not being fair. Aly then lashes out at Jasmin for not listening to him and being biased towards Rubina Dilaik. “I thought you aren’t biased, but you are. I have been screaming for so long from in here but you are laughing there with others," he says screaming at Jasmin. Aly also tells her that he is also a part of the game but she has been ignoring him.