On Friday's episode of Bigg Boss 14, two of the contestants will be seen taking on the rest of the house. Colors TV shared a couple of video promo showing how Nikki Tamboli and Rubina Dilaik will be seen approaching their immunity tasks. 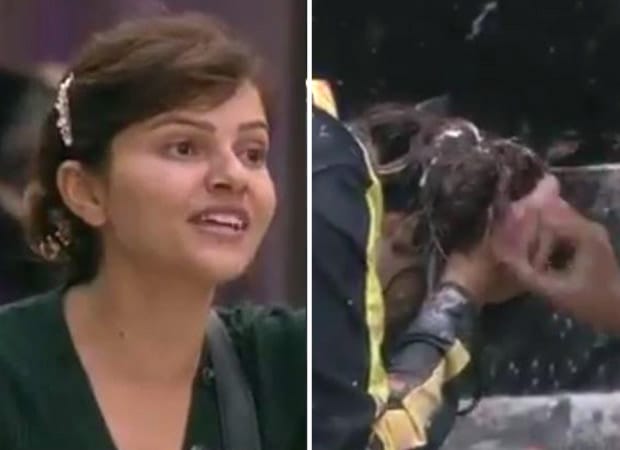 In the first video, we see Rubina arguing with Hina Khan over what household items she is allowed to use. When Hina says, “Nahi milega, bhukto ab (You won’t get it, now suffer),” Rubina loses her cool.She’s seen arguing with the seniors that if a pair of shoes can be described as ‘one item’, then so can a ‘salwar kameez’. Hina, in a fit of anger, tells her that she will only get one shoe now.

In another clip, Nikki is seen performing her immunity task with determination. While she performs her task, the contestants are seen puring various liquids on her and smearing her make up on her body. But despite their efforts, Nikki does not give up. “Give up, or we’ll destroy your makeup,” one contestant tells Nikki, who can be heard complaining that her ‘expensive foundation’ has been destroyed. Later, in the same clip others commend her and Gauahar Khan even offers Nikki her own makeup.

With just a week, Nikki Tamboli has been making headlines especially for her closeness to Sidharth Shukla who has entered the house for two weeks.

ALSO READ: Sidharth Shukla gets in a verbal spat with Shehzad Deol, blames him for spoiling the task on Bigg Boss 14