The last few days were emotional yet high on drama as family members of the contestants entered the house. However, another surprise is awaiting Shehnaaz Gill. In the promo for tonight's episode, Gautam Gulati is seen entering the house to surprise Shehnaaz Gill. Shehnaaz loses her calm on seeing Gautam and jumps to hug and kiss him. She is seen chasing Gautam around the house only to pounce on him. She continues to kiss him on his cheek with Sidharth Shukla standing right beside them. On the show, Shehnaaz has always expressed her wish of meeting Gautam Gulati as she is a big fan. 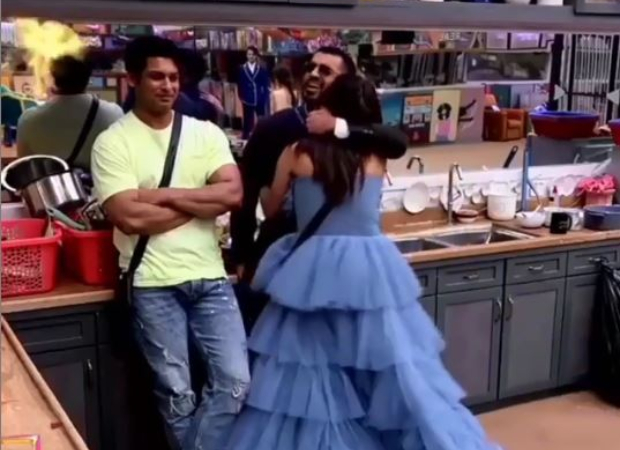 Only a few days back did Shehnaaz confess her love for Sidharth Shukla. She had even yelled at Shukla after he failed to reciprocate her feelings. She said that she will love him so much that he will miss her once he leaves the house. On the other hand, when Shehnaaz’s father had entered the house and had warned Shehnaaz against continuing her relationship with Sidharth Shukla.

Meanwhile, Sara Ali Khan and Kartik Aaryan will also be seen in the Weekend Ka Vaar episode. The duo shot for a special sequence as part of the weekend episode to promote their upcoming film Love Aaj Kal.