It was family time for the contestants of Bigg Boss 13 as their near and dear ones entered the house to visit them in the past few days. The relatives of the contestants each have them advice and tips to improve their game while some got emotional. 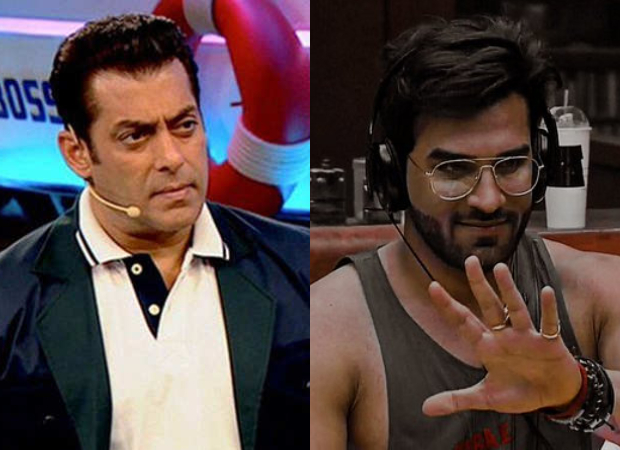 Now, Salman Khan is back to take charge of the house for the Weekend Ka Vaar episode. In the promo video shared by the makers, it can be seen that the host Salman Khan is in no mood to spare Paras Chhabra. Salman Khan will be revealing Paras' secret about Akanksha Puri, who is his girlfriend outside the house. He will tell him that what is being shown outside is clearly not pure friendship with Mahira Sharma. Salman Khan will accuse Paras Chhabra of using Mahira Sharma for a fake love angle. Paras in an attempt to defend himself tells Salman Khan that he is making false accusations. Salman Khan gets angry and yells at him telling him to keep his voice low.

Paras Chhabra was earlier in Rashami Desai's group. However, their relationship soured after he took Mahira Sharma with him as his connection. It looks like Salman Khan will scold him for being unable to win a single task. Salman Khan also seems to be upset about the fact that Paras Chhabra abused Shehnaaz Gill's father on the show.

Meanwhile, during the family week, Paras Chhabra's mother had asked him to stay away from Mahira and not to kiss and hug anyone.

Also Read: Bigg Boss 13: Paras Chhabra’ mother asks him to not kiss and hug Mahira Sharma; he accuses his mother of being upset because of Akanksha Puri