The 13th season of Bigg Boss is finally live! Yesterday, fans were introduced to a brand new show, a set of brand new contestants and a lavish house spread over 18,500 sq ft, decorated as per the theme of a museum. From actors and models to writers and singers, the lineup of contestants is indeed diverse. But here's who came out as a true surprise. Ameesha Patel! 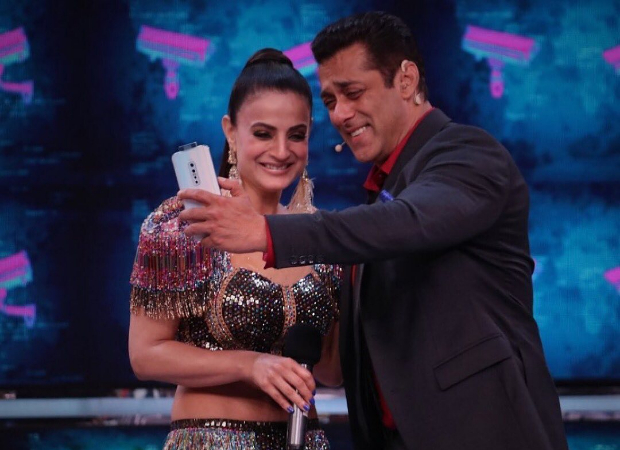 In the very first episode, host Salman Khan finally gave us an idea of what Ameesha would be doing in the show. Many assumed that she would turn a co-host along with Salman. Rumours also suggested that the show was to have a female voice along with that of Atul Kapoor, and it would belong to Ameesha. Well, that's not what it is. Ameesha has joined the show as the 'maalkin' or a kind of landlady who will keep a check on the contestants and assign tasks as well. In the opening episode, Ameesha also performed to the title track of Ram Leela. As the show progresses, we will know more about her role.

Popular faces such as Devoleena Bhattacharjee, Siddharth Shukla and Rashami Desai among others will be seen fighting inside the house this time. Watch this space for more updates on Bigg Boss 13!