The Weekend Ka Vaar is here and tonight’s episode will be very intense. For months, Sidharth Shukla and Asim Riaz have been part of several fights in the house and often threaten each other. Salman Khan has had enough of their threats and challenges them to fight outside the house in the promo. 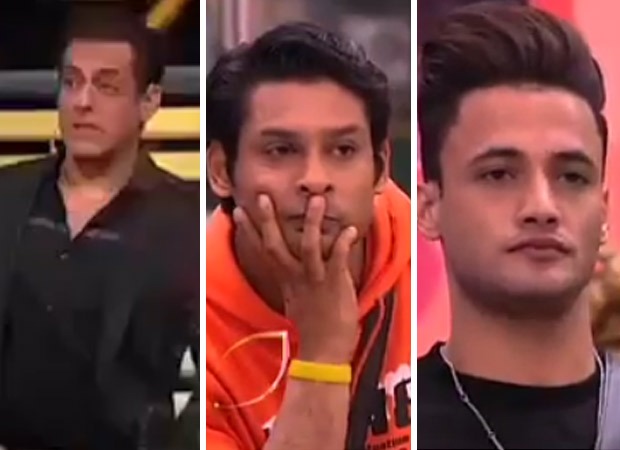 In a promo video, Salman Khan lashes out at Sidharth and Asim for threatening each other and to “see” outside the house. “Bahar mil (Meet outside),” “Tu bahar Milna (You meet me outside)”, the two of them have said to each other numerous times. Pointing out their constant clashes, Salman said, “Sidharth and Asim, how much poison are you spewing?”

Asim is seen saying, “I was the moderator and took a decision. He (Sidharth) came to me and said, ‘You were kicked out by your father and your brother was your father’s mistake.’”

“Sidharth and Asim have been continuing for the last 17 weeks asking each other to meet outside the house. Violence is not allowed inside this house. But it’s allowed outside the house. So, I will open the gate. Go outside and beat each other up with full satisfaction. Then return to the house, if you are in a condition to return,” Salman says. “Put your money where your mouth is. Bigg Boss, ghar ke 2 macho men ke liye darwaza kholo.. inko ladna hai (Please open the gates of the house for these two macho men, they want to fight),” Salman adds.

This weekend’s guest is Himesh Reshammiya, who is promoting his film, Happy Hardy and Heer. The musician-turned-actor entered the house in the morning as the housemates woke up to his music ‘Aashiqui Mein Teri’. He asked Mahira Sharma to make tea for him and requested Rashami Desai to share the chai ki patti with Mahira which she has been hiding from her. This starts a conflict again in the house which can be seen in the clip released online.

Had a great time promoting Happy Hardy and Heer with dearest bhai @beingsalmankhan and the entire team of Bigg boss , super entertainment like always in today’s episode , the players in the house also rocked , got them sugarcane from Punjab , the task was historic , happy hardy and heer releasing on 31 st jan#biggboss13 #happy

Bigg Boss 13 will also see Salman Khan asking Rashami Desai whether Vishal Aditya Singh is weak contestant or not. The actress says yes to him but turns out Salman says to her that Vishal received more votes than her.