Just a day ago, we had reported that Bigg Boss is all set to return with its 12th season. The show will feature Salman Khan as the host like the rest of them and the superstar reportedly will be seen as a taskmaster. While we got a glimpse of his avatar for one of the promos in a picture that went viral on social media, today we got a sneak peek into the show in the first promo of Bigg Boss 12. 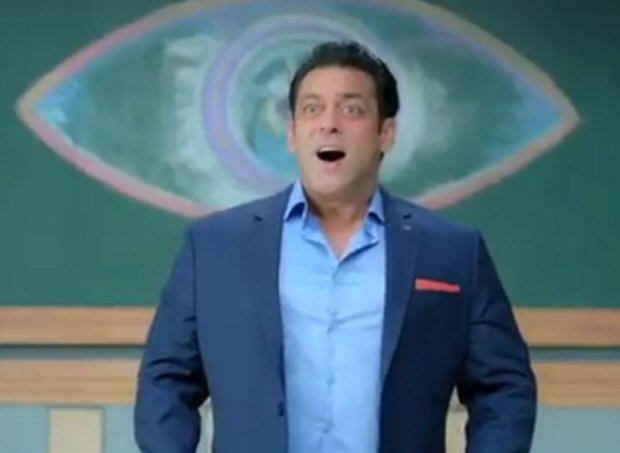 In an earlier report we had mentioned that Bigg Boss 12 will be based on the theme of ‘vichitra jodi’. And keeping up with the theme the promo too features the concept. Salman Khan plays the role of school teacher in the said teaser of the reality show. He is seen taking an attendance role call and during the same we see different characters, from an electrician to a rapper and in case of jodis we see twins, saas-bahu [mother-in-law – daughter-in-law] and even a short and tall person. Here’s the video that was shared by the head honcho of Colors TV, Raj Nayak on social media:

Salman Khan is expected to have shot four different promos for the forthcoming season of Bigg Boss 12. The superstar will also be seen in diverse looks, from that of a school teacher to a village sutradhar to a government employee to being himself.

In case of contestants, many popular celebs from the TV industry like Srishty Rode, Nia Sharma, popular couple Rithvik Dhanjani and Asha Negi, Kratika Dheer and her husband Nikitin Dheer amongst others. There has been no official announcement on the names of the contestants as yet.

Bigg Boss 12 will be premiering on September 16. Salman Khan recently wrapped up the third season of Dus Ka Dum and decided to immediately dive into Bigg Boss, despite his film commitments.