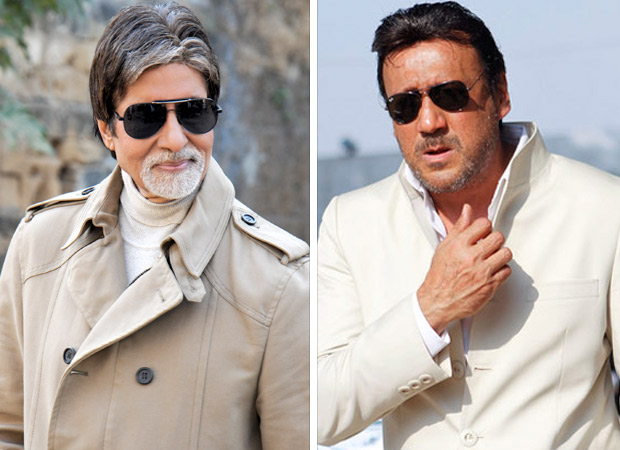 Courtesy Ram Gopal Varma and his Sarkar 3, quite a few Bollywood actors are enjoying a reunion of sorts after a long hiatus. This is now also happening for Amitabh Bachchan and Jackie Shroff, who are facing the camera together again a good decade after Eklavya: The Royal Guard [2007].

"The Vidhu Vinod Chopra directed drama was a multi-starrer and boasted of many other actors like Sanjay Dutt, Saif Ali Khan, Vidya Balan and Jimmy Sheirgill. The film was spearheaded by Amitabh Bachchan while Jackie Shroff was the villain of the piece. Somehow, the two actors never got a chance to work together again after the film's release. They are now coming back together with Sarkar 3," our source informs.

The Ram Gopal Varma directed film again sets the stage for Big B and Jackie Shroff to encounter a face-off.

"Jackie Shroff is playing this businessman called Michael Vallya and by the look of things, he seems to be making an indecent business proposal to Subhash Nagre (Sarkar), the character played by Amitabh Bachchan. But naturally, the proposal is royally thwarted, something that results in a confrontation between the two characters," our insider informs.

Considering the fact that in an earlier (forgettable) outing together - Boom [2003], the two actors had played brothers-in-arms, one waits to see how their on-screen battle continues from Eklavya to Sarkar 3 a decade down the line.

Incidentally, Jackie Shroff too is returning to Ram Gopal Varma fold a good 23 years after Rangeela [1994]. From being a suave superstar in there to playing a stylish businessman in Sarkar 3, some things have remained just the same for the Jaggu dada.