After creating her magic last year with Toilet-Ek Prem Katha and Shubh Mangal Saavdhan, Bhumi Pednekar has bagged one of the biggest films of her career with Takht. The period drama, directed by Karan Johar, also stars Kareena Kapoor, Ranveer Singh, Alia Bhatt, Vicky Kaushal, Janhvi Kapoor and Anil Kapoor. Bhumi feels it is like a dream come for her. 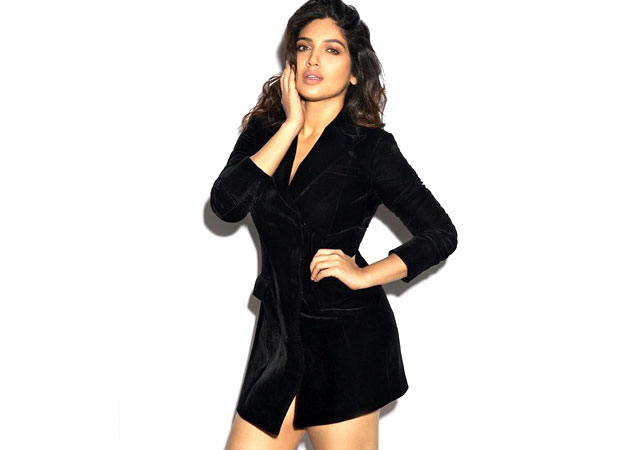 Bhumi Pednekar recently revealed that she always hoped to work with him but never expected to score a Karan Johar film very early in her career. She said that he has a great vision, is a prolific filmmaker who has changed the filmmaking game. She was surprised when she got the film and she informed her parents immediately in excitement.

Talking the period drama but being tight lipped about her role, she said that the film is set in the Mughal era and will showcase the story of two warring brothers. As earlier reported, it will be a story based on the war between Shah Jahan’s son Aurangzeb reportedly played by Vicky Kaushal and elder brother Dara Shikoh reportedly played by Ranveer Singh. Kareena Kapoor Khan will essay the role of Aurangzeb’s sister and the first lady of the Mughal Empire, Jahanara Begum. Anil Kapoor will reportedly play the role of Shah Jahan. While Bhumi Pednekar’s role is yet to be confirmed, it seems like she will have a pivotal role in the magnum opus story.

Bhumi Pednekar further talked about how she chooses projects. She said that she is lucky to get the projects she believes in and that matching her sensibilities. Bhumi takes up projects that make her hustle harder and keeps her on her toes.

On the work front, Bhumi Pednekar will be next seen in Son Chiriya with Sushant Singh Rajput.

Also Read: Bhumi Pednekar CONFESSES that she was nervous about the lovemaking scene in Zoya Akhtar’s directorial in Lust Stories