Actress Katrina Kaif is a woman of many talents. She will be starring Bharat alongside Salman Khan as the film will chronicle 60 years of his journey. As the film is one of the highly anticipated films of the year, every moment or behind the scenes trivia gets the fans super pumped about it. 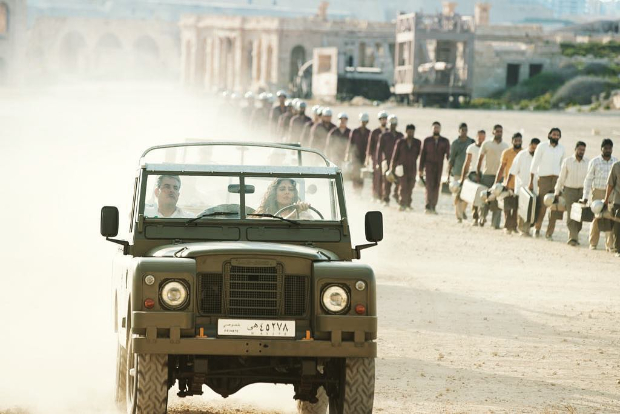 Katrina Kaif recently shared a photo of herself driving a classing 1960s Land Rover whilst the owner of the car was convinced she couldn't. The actress proved him wrong. Sharing a picture, she wrote, “#Bharat on location. the man beside me is the actual owner of this classic 1960 s Land Rover, who was convinced i couldn’t handle the car , while I was convinced I could.”

Speaking about her role during Twitter conversation, Katrina recently said, “There were distinct sections in the film from the year 1975 to 1990 (when her character enters the film) and then 2010. At least it was clear from these three distinct portions where you are going to see the change in the character’s age, which was very helpful. The important thing was to get the body language right for the older portion, and to see the mindset of that age.”