While the makers of Bharat recently launched ‘Zinda’ which also had Salman Khan and Katrina Kaif in attendance, they are now gearing up for another song launch from the film’s album. Well, it is quite visible that the cast and crew are neck deep in promotions. Amidst that, the makers have decided to share this interesting information about the film. And it is all about how they decided to rewind to the 1940s. 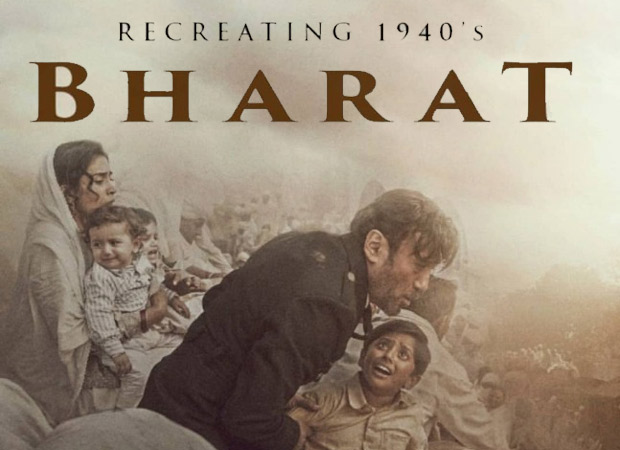 Readers would be aware that Bharat is a film that spans generations and also has an India-Pakistan partition connect which happened to be in the 1940s. The makers, as we know, worked extensively on the sets to take us back to a different era. They, in fact, recently shared the behind the scenes of the recreation of 1940's India and how they recreated that journey.

Director Ali Abbas Zafar walks us through the mindset and story behind the creation of this colossal moment in the history of India. It seems that the team has left no stones unturned for the recreation of the past era. Sources have it that the film kicks off with the scene of India – Pakistan partition.

Besides the lead couple Salman Khan, Katrina Kaif, Bharat also stars Tabu, Disha Patani, Sunil Grover and Jackie Shroff. It traces India's post-independence history from the perspective of a common man and follows his life from the range of 18 to 70 years of age, as a journey.

Bharat is produced by Atul Agnihotri, Alvira Agnihotri, Bhushan Kumar, and Krishan Kumar under the banner of Reel Life Production Pvt Ltd. and Salman Khan Films, presented by T-Series. The film is an upcoming Indian Hindi-language historical period drama film written and directed by Ali Abbas Zafar. It is slated to release during the festival of Eid, on June 5.