Amitabh Bachchan is many things from a highly respected actor to a man of many words the megastar has endeared a whole generation. But with the advent of social media, the legendary actor has adapted well, fast becoming one of the most active celebrities on social networking sites. With constant posts on social media and his blog, Bachchan always keeps his fans and followers updated. Doing the same recently, Amitabh Bachchan took to his Instagram profile talking about the best place to be at midnight. 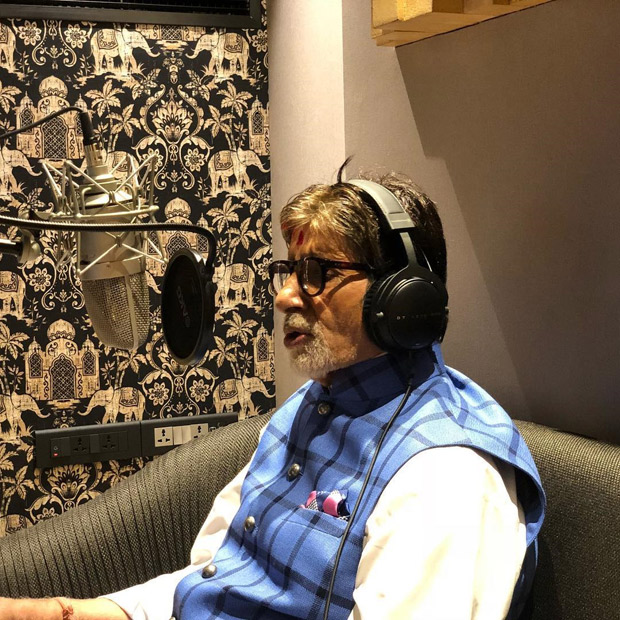 Sharing an image the veteran actor added, “the best place to be at midnight .. after finishing shoot for the day at KBC - a recording studio in front of a mike .. मुट्ठी में कुछ सपने लेकर , भरकर जेबों में आशएं .. दिल में है अरमान यही , कुछ कर जाएँ , कुछ कर जाएँ ...” His choice of location for a midnight break is certainly interesting. It is a well-known fact Amitabh Bachchan besides being rather active on social media is also pretty busy with a lot of things.

Back on the film front, Amitabh Bachchan will next be seen in Thugs of Hindostan that will see him share screen space with Aamir Khan, followed by Ayan Mukherji’s Brahmastra alongside Ranbir Kapoor and Alia Bhatt. Besides this, the veteran actor also has Sujoy Ghosh’s Badla and a special appearance in the Telugu film Sye Raa Narasimha Reddy starring Chiranjeevi.