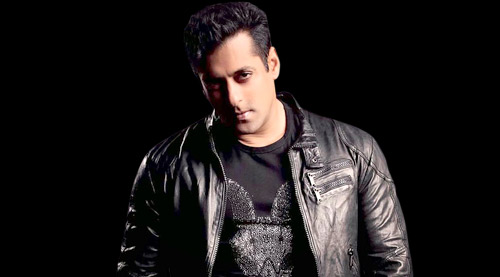 "Kya hua? Nobody in the industry is taking a stand for Shah Rukh? Chal, I'll take a stand for him." In a midnight phone call, this is what Salman Khan said to me when he decided to publically stand up for fellow actor Shah Rukh Khan, who was facing the wrath of the Shiv Sena during the release of My Name Is Khan in February 2010. The Indian Express contacted a host of Bollywood personalities on the issue but nobody was willing to come on record except Salman. He did this when the two Khans were at war, much before the Iftaar hug diplomacy initiated by Congress MLA Baba Siddiqui. For those who don't know Salman, this was huge. For those who know him, this was quintessential Salman.

He takes it seriously. This taking a stand business. He revels in being the patron saint of all strugglers, needy, newcomers, broken and the wronged. He feels weird when young girls call him 'Bhai' but for his bros, that's the code. If 'Bhai' thinks you are genuine then 'Bhai' will promote you, protect you and provide for you. Once I told him that he suffers from 'The Robin Hood Complex' he shook his head, guffawed a bit, denied it and then promptly put it in Dabbang where he happily calls himself "Hum yahan ke Robin Hood hain, Robin Hood Pandey."

Over the years, the Salman Khan narrative has shifted from Being Bad Boy to Being Human. His success and fan following has multiplied by truckloads. There's no logic to his success. There is no logic to most of his choices. The joke is that he operates on 'Dil-logic.' He will dance in a roadside baaraat of strangers because he "felt like dancing." He'll cycle to work in sweltering heat because "I don't have my license so I can't drive and this is a good exercise." He'll hail an auto in the middle of the night, make the auto driver sit behind and ride it himself.

Salman Khan is not an easy man to know and he's even more difficult to understand. All guide books on how to handle a Superstar fail when you are interacting with him. You expect him to follow the Superstar template-be a megalomaniac, have a supreme sized God complex, be hopelessly in love with himself, have an aversion to criticism, break out in a rash if you praise his enemy and always believe he's right. Other than the last bit, Salman defies all the other things. He believes he's right. Always. But he also admits his thinking can be warped. "I'm a primitive man in a modern world," is his defense. So when he says in court that he is "an Indian and both a Hindu-Muslim", he's not being filmi but being himself.

His relationship with the media is more complicated than his relationship with the women in his life. For the longest time he was off press because he felt persecuted by the media. If you can brace yourself for some 'Dil-logical Salman-isms' and pass his initial scrutiny-a really long unflinching stare for about two minutes-then Salman makes for the best copy. In my 12-year-association with him, I've always found him unrehearsed, real and quite introspective. He's been game to answer anything-his court cases, his past relationships, industry tattles etc. The only line he draws is when you mention his family. For Salman, it's always family first then charity and then films. For a man who is uncomfortable with the press, he's pretty high on details and also, self-goals. No wonder his father, Salim Khan, likens him to the iconic Gabbar, of Sholay-a film Khan Sr. co-wrote-"Gabbar ko sirf Gabbar hi maar sakta hai waise hi Salman's worst enemy is Salman."

As Brand Salman grows in stature, he's learnt to become more open and organized about his career and life. He formally structured his charity organization, Being Human, when he realized that people pretending to be needy were fooling him and he "felt guilty that genuine people were not getting help." He started speaking about his charitable endeavours so that his fans can follow in his footsteps and contribute. He spoke about his brain related problems-he suffers from a neurological disorder called trigeminal neuralgia as well as an aneurysm in his brain-because he needed to give reasons to the Court every time he had to go to USA where his doctors are. His court cases have taken a toll and impacted his life just as they would for anybody else. He has always maintained that he has "full faith in the judiciary" and would "take the verdict head on" and "accept my destiny."

With the Sessions Court deeming him guilty and sentencing him for five years, Salman's troubles are far from over. His fraternity is surprisingly rallying behind him perhaps because no political party is involved. It is indeed easy to take a stand when it's personal and doesn't challenge the establishment. Some of the tweets of his well-wishers are however self-goals. Or maybe they too are Being Human.