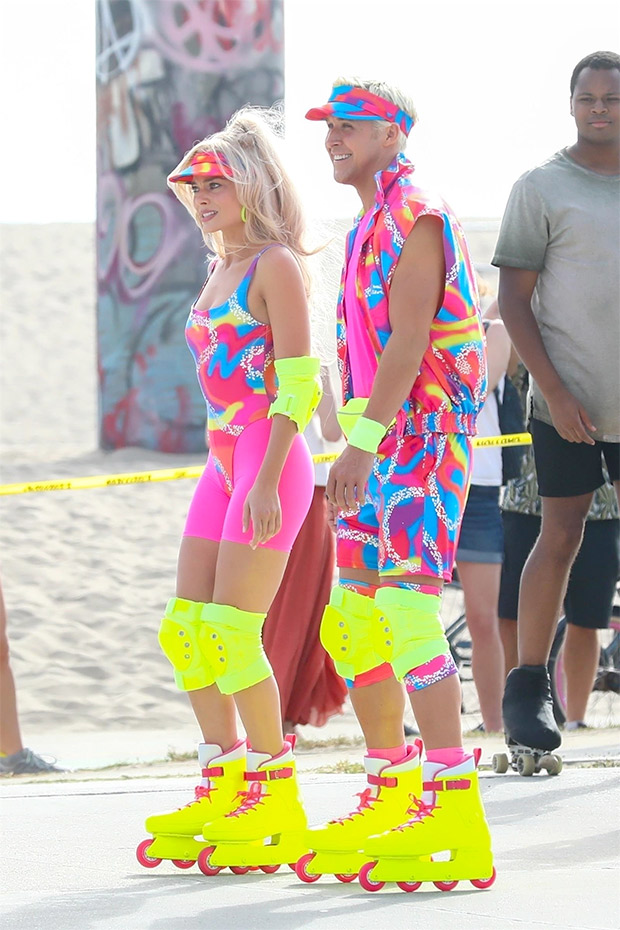 The new live-action adventure, which boasts a stellar supporting cast of Kate McKinnon, Alexandra Shipp, America Ferrera, Simu Liu, Will Ferrell, Ncuti Gatwa, Issa Rae and Hari Nef, is set to open in theaters on July 21, 2023. As ComicBook shares, the magnificent first-look photos of Margot Robbie and Ryan Gosling, as Barbie and Ken, appear to be a direct homage to the "Hot Skatin'" Barbie of the 1990s, with a hearty dose of neon and extravagant patterns.

While story specifics for Barbie remain under wraps, rumors suggest that the leads are playing alternate versions of Barbie and Ken in the film which is the first live-action movie on the line of products from Mattel, a toy company that is also behind Hot Wheels and Masters of the Universe. Co-written by Greta Gerwig and Noah Baumbach with Gerwig directing, the much-anticipated film will open against Christopher Nolan’s sprawling ensemble film Oppenheimer.

Barbie is produced by LuckyChap’s Tom Ackerly and Mattel Films’ Robbie Brenner along with Josey McNamara and Ynon Kreiz. Robbie, who had been rumored to be attached to the project since 2018, will also be producing the project through her LuckyChap banner.