Superstar Shah Rukh Khan completed 30 years in Bollywood on June 25. This was the day his film Deewana released. Directed by Raj Kanwar, it was the story of a woman who marries a popular singer. The singer supposedly dies in a family feud. The woman comes to Mumbai to hide from his husband’s killers and bumps into a handsome, aimless guy. Both fall in love and marry only to realize that the singer had never died. However, in the climax, the singer, essayed by Rishi Kapoor, kills himself while trying to save his love and while trying to end the antagonist. The characters of Shah Rukh Khan and Divya Bharti then live happily ever after.

30 Years Of Shah Rukh Khan’s Deewana EXCLUSIVE: “Manmohan Desai ji was the distributor of the film in the Delhi-UP territory. He had told us to change the ending. He insisted that ‘ladki Rishi Kapoor ko milni chahiye’ – Guddu Dhanoa

Was there an alternate ending ever in place? After all, many have expressed that they would have loved to see Kaajal (Divya Bharti) reuniting with Ravi (Rishi Kapoor). In an exclusive interview with Bollywood Hungama, Guddu Dhanoa said, “Since day 1, this was the ending. Manmohan Desai ji was the distributor of the film in the Delhi-UP territory. He had told us to change the ending. He insisted that ‘ladki Rishi Kapoor ko milni chahiye’. We made it clear that ‘End modify nahi hoga. Aapko picture rakhni hai toh rakhiye. Na rakhni hai toh na rakhiye.’

Manmohan Desai ultimately did retain the rights and had the last laugh as the film was a riot in Delhi-UP and other parts of India too. Guddu Dhanoa excitedly shared, “I remember going to Badal Bijlee Barkha cinema complex in Matunga, Mumbai. People were standing on the seats and dancing during Shah Rukh’s songs, ‘Aisi Deewangi’ and ‘Koi Na Koi Chahiye’! Log screen pe chillar bhi fek rahe the. Mera rona nikal gaya tha!”

Guddu was happy not just with the critical success but also the critical acclaim, “Even critics appreciated the film. We also got 8 Filmfare nominations.” 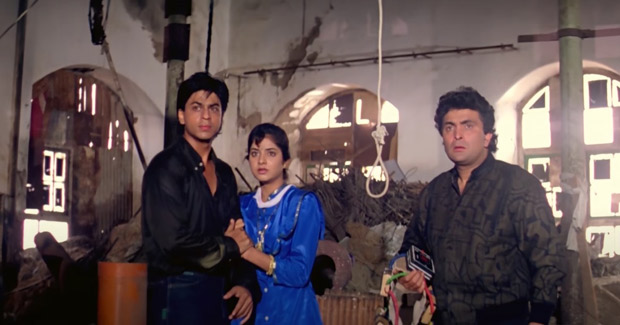 Is he still in touch with Shah Rukh Khan? He replied, “Not really. I last met him at the party held during the release of Yamla Pagla Deewana. We had a lovely chat that day.”

A few years ago, Guddu Dhanoa had announced a sequel to Deewana. He revealed that there’s no update on this film. However, he spoke about his upcoming film, “It is called Romeo S3. It’s a remake of Singam 3 (2017). It’s produced by Jayantilal Gada. We are launching Thakur Anoop Singh as the lead. It’ll be released in September or October.”