It may have been a while since the film Baaghi 2 hit the theatres. Inspired by the Telugu film Kshanam, Baaghi 2 went on to become one of the blockbusters of the year. Now that a third instalment too is in the making which will yet again feature action star Tiger Shroff, the actor decided to turn nostalgic and posted this poster of the sequel to Baaghi. However, let us tell you that this one wasn’t released during the film. 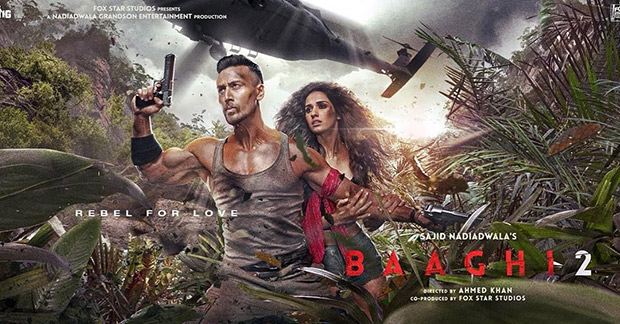 For the uninitiated, Baaghi 2 features Tiger Shroff as an army officer who sets out on a mission to find the kidnapped daughter of his former girlfriend. Not only did it see the actor doing some high octane stunts but it also featured him in a rugged avatar. Furthermore, many posters of the film featured him in a wounded form too considering that the film sees him doing several action sequences. In this poster too, the actor is featuring a similar avatar but it sees him trying to protect Disha Patani from the dangers as they are on the run.

On the other hand, Disha features in a rugged and injured avatar too. Tiger Shroff took to Instagram to share the poster saying, “Heres a unreleased poster from baaghi 2 ??? @dishapatani @khan_ahmedasas @wardakhannadiadwala @rajeev_chudasama #sajidnadiadwala #gratitude #rebelsforlove #baaghi2 #posterbymarchingants.” However, it is yet to be known as to why the poster remained unreleased.

The film, not only gained prominence because of the success of the prequel, but also because it featured Tiger and Disha who were supposed to be dating as per media reports. Hence, the film gained quite a positive response at the box office; so much so that the makers have already started working on Baaghi 3. The third instalment is expected to have Tiger undergoing a boot camp training sessions.