Raaj Shaandilyaa’s Dream Girl already promises to take Ayushmann Khurrana’s career to another level. And going by the reviews and audience feedback the film seems to have been welcomed with open arms. In fact, given Ayushmann’s recent releases, Dream Girl already promises to be yet another special film in Ayushmann’s gloriously ignited career. Here are the ones that made a difference. 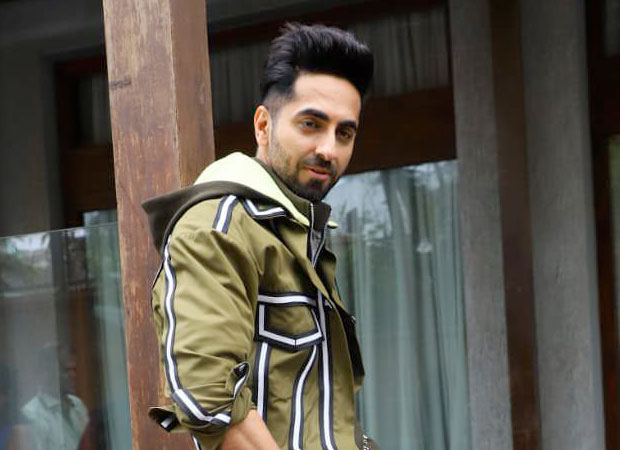 1. Vicky Donor (2012): Playing a sperm donor in his debut film Ayushmann proved at the outset how brave he can be in his choices as an actor. No Indian actor had ever dabbled in the “S” word before. Ayushmann proved fertility was not just state of the mind but also a condition of the loin. Yup, this ‘loin’ was going to roar so hard it’d be hard to ignore.

2. Hawaizaada (2015): Not many people saw this beautifully mounted film recreating the life of Shivkar Baupiji Talpade the man who built the first unmanned plane in India. A handsomely mounted period film with the colours and vibrancy of a Sanjau Bhansli epic, directed by Viibhu Puri this film was again an early indication of how different the course of Khurrana’s career was going to be,

3. Dum Lagake Haisha (2015): The minute Ayushmann picked up the oversized Bhumi Pednekar on his shoulder and runs for his dear wife; we knew he was a lambi race ka ghoda. In this Sharat Kataria film Khurrana was the reluctant working class husband in Hardwar who learns to respect and love his wife. We learnt to love films about small town heroes from Ayushmann.

4. Shubh Mangal Saavdhan (2017): From over-fertile to sexually dysfunctional Ayushmann is a hero who likes to show the vulnerable side of screen heroism. In this film he played a man who…well…couldn’t rise to the occasion. Did Ayushmaan flinch? No! But we cringe each time we see a packet of glucose biscuits. Soggy was never the same again.

5. Andha Dhun (2018); the biggest hit of Khurrana’s career so far, in Sriram Raghavan’s exquisitely conceptualized whodunit the actor played a pianist who plays blind. Till the end we are not sure if Khurrana is just faking it. Ambivalent heroism came into vogue with Ayushmann Khurrana. So did human frailty, Ayushmann says, it’s okay to be weak. Someone has got to be the other side of strong.

6. Badhaai Ho (2018): Another working class blockbuster this one featured Ayushmann as the eldest son of a family coping with the embarrassment of a pregnant mother at an age when she’s supposed to attend bhajan mandalis. Ayushmann portrayed the character’s journey from mortification to pride in pitch-perfect harmony.

7. Article 15 (2019): Playing a cop who is both heroic and vulnerable, committed and confused,violent yet sensitive, righteous yet flawed , is not easy. Ayushmann Khurran nails it in this masterly study of caste oppression set against the backdrop of socio-economic backwardness that fosters inequality. Khurrana’s cop-hero won’t tolerate looming injustice. He is the kind of believable hero the Indian middleclass needs. He is Everyman and yet like no man we’ve seen on screen.'

8. Dream Girl (2019): Ayushmann plays Karam a.k.a Pooja a phone pleasuring service, a 'call' girl if you sleaze...sorry, please. His expressions of self-joy as he speaks in a girl's voice with expressions to match, with various lusting admirers, is the stuff Dustin Hoffman in Tootsie and Robin Williams in Mrs Doubtfire would approve of. Lage raho, Ayushmann. There is a lot more where that is coming from.

Also Read: Birthday Special: Thank you Ayushmann Khurrana for being you