Ever since the trailer for Disney’s Raya And The Last Dragon dropped, it has been receiving rave reviews with audiences eagerly awaiting its release on March 5th, 2021. Amongst the many to have caught the viewer’s imagination, none have been loved and adored much like the water dragon Sisu, the last of her kind, played by American actress, rapper, comedian Awkwafina. 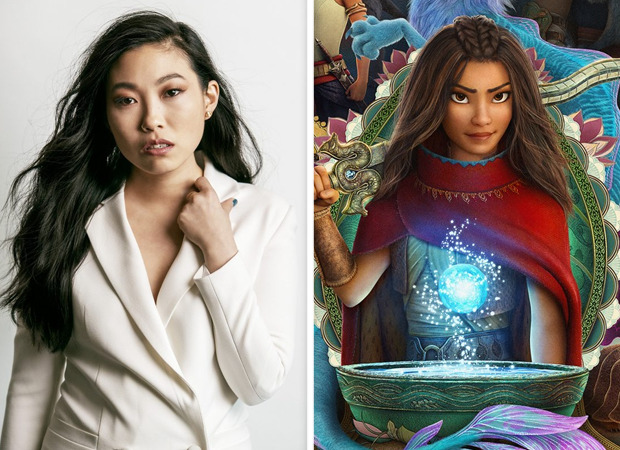 Speaking about her experience of playing the character, Awkwafina said, “I connected with the character of Sisu from the very beginning as Sisu has optimism, hope and a belief in herself. I especially love her because she is not perfect and that is a strong message to send to everyone that we don't have to be perfect.”

Sharing his thoughts on Sisu being a very inspirational character, the director of the movie Carlos López Estrada commented, “I hope that a lot of people connect with Sisu and her unique character. Awkwafina brought a unique sense of humour and some deep emotion to the character.”

Pointing out that it was the best decision to cast Awkwafina for the role of Sisu, producer Osnat Shurer said, “Awkwafina managed to bring the naivety, the openness and the innocence of the Sisu character alive. She’s amazing, she’s hilarious, she’s fun, she improvises, and she’ll hit the emotion with no fear at all. She’s just been a joy to work with.”

With the idea to create a character that had wisdom, knowledge and still had a warm and funny side to it, the team brought the dragon to life with Awkwafina giving Sisu the finishing touch by adding depth and color to the much-loved dragon.

ALSO READ: Disney unveils the new trailer of Raya and the Last Dragon; film to release on March 5 in India