Filmmaker Aanand L Rai’s directorial, Atrangi Re starring Akshay Kumar, Sara Ali Khan, and Dhanush, is ready for digital release. After much speculations around the film, they are opting for the Disney+ Hotstar premiere. The announcement was made on November 23, 2021. The trailer was unveiled on November 24. 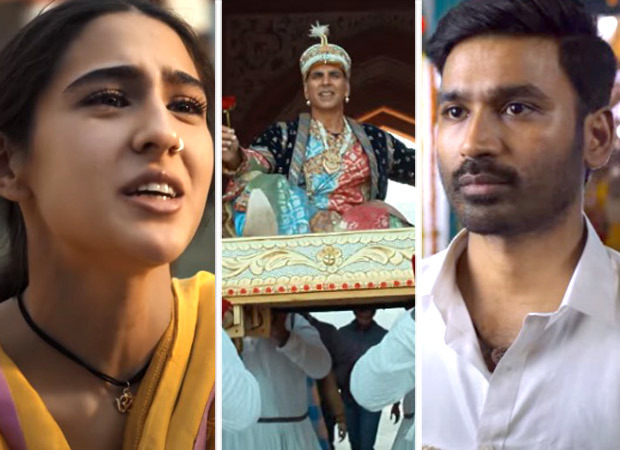 The trailer shows grand entries of all three characters. They are unique in every way. Sara’s character Rinku has a present in Dhanush and a past in Akshay Kumar. She continues to reminisce about her past but is also caught up in reality. That brings some twists to his interesting love story. As they tackle this marriage that both Dhanush and Sara's characters were forced upon, they face the reality of growing emotions while she finds fondness in Akshay.

This marks the second OTT release of Akshay Kumar after Laxmmi, Sara Ali Khan post Coolie No. 1, and the same for Dhanush post Jagame Thandhiram. Meanwhile, Akshay's next with Aanand L Rai, which is Raksha Bandhan, is set for theatrical release on August 11, 2022.